Welcome to my Colu Local Network Review where  I will be sharing my honest opinion about this platform that intends to uplift communities’ local currencies. Customers and merchants using their local currencies will be privileged to earn incentives simply by transacting.

COLU (also referred to as the Colu Local Network) enables the consumers to pay for things by making use of their COLU wallet. Although the company launched their wallet only last year, COLU was introduced to the market way back in 2012. At present, in excess of 800 merchants are using this service with approximately 1 lakh users generating more than 80,000 transactions every single month.

How does COLU function?

Generally speaking, COLU users can make use of their wallet (provided they are accepted by the merchants) for making payments. The main emphasis of COLU is on those communities which spend locally in order to support their local economy. It will be possible for the communities to generate their personal “local currency token” by using the CLN network. Transaction by utilizing this currency can provide incentives to the consumers as well as the merchants, while the merchants will have the possibility of developing adoption as well as loyalty in future by offering the tokens as incentives for special offers as well as usage.

In fact, COLU can be described as a business that can boast of a live app! One essential highlight of COLU is that they happen to be a company with a product which is already live on the market and is being utilized by real people. It is indeed awesome!

You’ll come across a couple of components when it comes to the COLU app: the Consumer App and the Business

App. What makes COLU different from other similar wallets on the market is that apart from the wallet features, the app likewise provides users with special offers and recommendations. In fact, it has already been proved that these types of social evidence are extremely valuable across platforms such as Facebook and Groupon. All these innovative features from COLU deserve special mention, and the roadmap is likewise awesome when it comes to creating the app’s social side.

The merchants are simply going to adore this particular app. Receiving payments in local cryptocurrencies and purchasing objects by using these funds are some of the essential advantages of this app. Apart from this, you’ll also come across a wide variety of marketing tools while using it.

As compared to the other similar companies out there, the COLU team has got as many as 40 skillful and experienced workers which definitely makes it one of the largest organizations on the market. Moreover, its CEO happens to be an individual known as Amos Mierie who has been running the company for more than 3 years. Dan Ariely is the co-founder of COLU, and he’s a reputed writer as well as a professor. All these simply speak volumes about the experience and skill which COLU can rightly boast of. 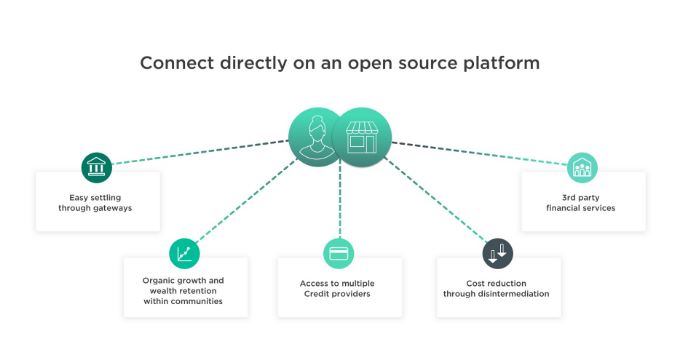 On top of this, the abundance of expertise has established COLU as one of the leading networks at present, and in fact, there really exists a significant difference between the ICOs last year and those in 2018. In fact, the ICOs of 2017 were only equipped with a few unskilled volunteers plus a whitepaper. On the other hand, those of 2018 can boast of a large number of competent companies who have joined lately. In case there is a crash, there is no doubt about the fact that those companies with inadequate infrastructure and other facilities are the ones who are going to suffer.

Up to 1.5 billion CLN tokens are being launched by COLU. We’re still unsure about the price at ICO; however, it will probably be approximately $0.10. The innovative “vesting period bonuses” happens to be one highlight of the sale; in fact, the company is contemplating on providing incentives to the investors with extra amounts of CLN according to the length of time spent by them for holding their CLN. For instance, while those investors that have signed for a maximum period of 6 months will be receiving an extra 4% of tokens, those who are ready to sign for a three-year period will be receiving a bonus of 30%. This undoubtedly is an innovative twist on the structures of ICO. It will be worthwhile to observe how the price stability is going to be benefited by it following the commencement of trading.

After going through this comprehensive COLU Local Network Review, it is evident that the company is much ahead in the competition as compared to the other similar ICOs out there. There is no doubt about the fact that it has got an established platform which has been serving merchants for quite some time. On top of this, it can boast of a highly professional and experienced team having a competent workforce. But the question is that what exactly its demand is at present. For this, we need to wait patiently and observe the proceedings. However, there is no question about the fact that the COLU wallet is an awesome way of making payments for goods and services.