Online Empire Maker is a scam system that has been running for a while now and today I’m giving my full review sharing the real truth. I don’t want to see anyone else lose money to this nasty scam, so below you can get all the details and understand exactly why you need to avoid it.

Before I start, if you’re tired of scams and want a real solution for making money check out my recommendation below…

I recently came across this scam called Online Empire Maker and to be honest I’m quite surprised because I actually saw this scam around 2 years ago so it’s very surprising to see that it’s still going strong. After taking a closer look I can see it hasn’t changed much. It’s had a slight update in terms of the website design but the video hasn’t really changed. It’s your typical get rich quick scam that offers huge amounts of money for doing nothing basically similar to the claims made by other scam systems like Online Profits Breakthrough and WIFI Millionaire. 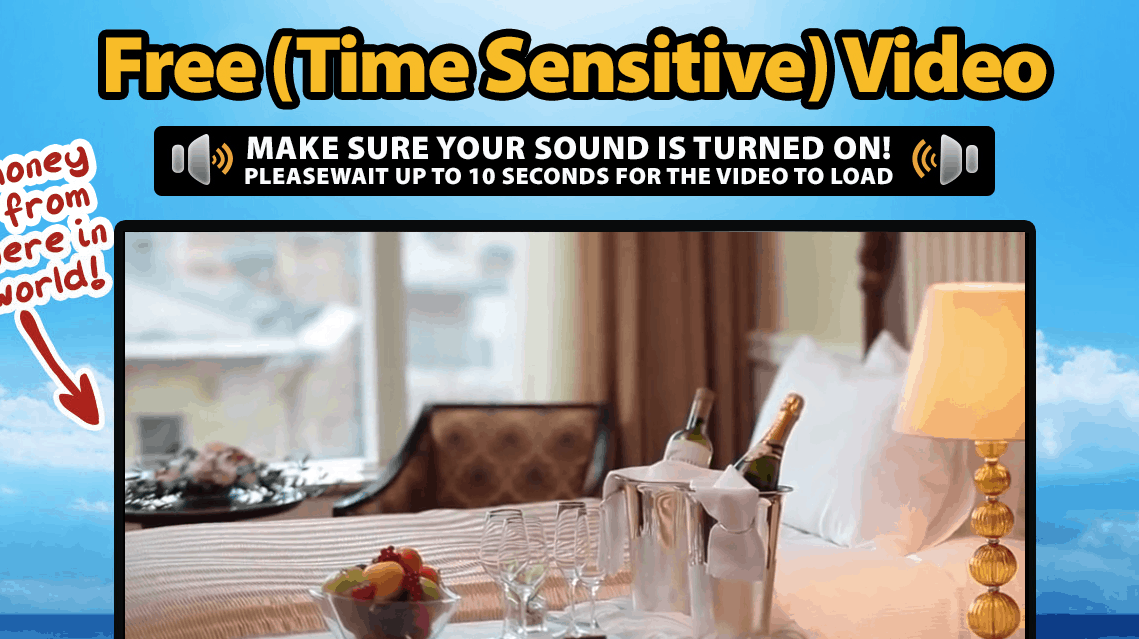 The video is full of big claims and flashy images to inspire you and try and convince you that their system is real. To be honest there is nothing wrong with this when the product you are getting is good. I’ve seen some very good products and entrepreneurs use things like cars and mansions in their sales material for the simple reason that it helps people believe. However to be ethical that proof needs to be “genuine” and unfortunately with Online Empire Maker it’s not real, it’s just faked.

When you watch the video you are shown all these amazing things like holidays, hotel rooms, mansions and that’s fine but unfortunately it’s not real, it’s just fake. And so many systems like this are showing fake income proof that does nothing but make the scam owners of the website money and nobody else (apart from the unethical affiliates promoting it).

How Does Online Empire Maker Work?

So you’re wondering how exactly this works and how you can make money? What they are claiming is that you can basically sign up and replicate their own system to make money. But in reality for you to do this you’d need to sign up, create your own scam system and scam other people. That’s the real truth but they won’t tell you this. Instead they will sell you some bogus program that won’t help you at all and you’ll only end up losing time and money.

As someone with many years of experience online reviewing scams and testing new systems it’s easy for me to spot that this is a scam but unfortunately for the newbie coming online it’s not so easy. Many newbies are getting sucked into this scam program believing it’s real when in fact it’s not and it’s only after they waste their money and time trying to make money with the system that they soon see it’s fake and they got scammed. By this point it’s probably too late to get a refund anyway!

Another big red flag when it comes to make money online systems that tends to expose them very easily is the use of fake testimonials. The legitimate systems don’t need fake testimonials because they have plenty of real users who are having success and are more than happy to share their real testimonials. With the scam systems nobody makes money so what happens is the scammers pay actors to give fake testimonials. You might think it would be difficult to do this but it’s actually unbelievably easy because the majority of scammers just head over to a website called Fiverr.com where they can hire people for as little as $5 to give a fake testimonial. This has been going on for years and I am really surprised that Fiverr hasn’t clamped down on it.

It’s another big fat scam and I’m obviously not going to be recommending it.

Systems like this prey on newbies looking to make money and the only people promoting these kind of systems are unethical affiliates looking to make a quick buck at your expense. Don’t fall for it, instead if you want to learn how to build a real online income take a look at my recommendation below and see how I make a full time income online.

Before you leave, if you’re sick of scams and want a real solution for making money take a look at my recommendation below…