Wondering whether the Bitcoin Bonanza System is a scam?

You’ve come to the right place because I’m sharing my honest opinion and review of Bitcoin Bonanza System and giving you all the details.

The Legitimacy of the Bitcoin Bonanza System

Bitcoin Bonanza is yet another creation meant to benefit from the excitement and confusion related to cryptocurrencies, especially the Bitcoin. Bitcoin Bonanza promises anyone who signs up to benefit from the upsurge of cryptocurrencies in the market. I’ve already exposed many systems about Bitcoin lately such as USI Tech, BTC Global and Davor Coin.

In this regard, the system assures you of making up to $9,600 a day without breaking a sweat. This fortune comes from the automated Bitcoin trades that the Bitcoin Bonanza system does on your behalf! That sounds too good to be true. This review will give an in-depth focus on the matter with the aim of ascertaining whether Bitcoin Bonanza is legit or a scam.

The Glaring Signs of a Scam

The Bitcoin Bonanza system will come out as a scam to any individual who knows how money works. You don’t just expect to hit an unbelievable profit of $9,600 a day doing nothing! Any business is designed to make profits; thus it is hard for one to be viable if it offers everyone participating that ridiculous amount of earnings on a daily basis. Such a system implies that one party is likely to be down-trodden and you can be sure it won’t be the innovators of the system. Therefore, you should be cautious of the Bitcoin Bonanza from the onset.

RECOMMENDED: Go here to see my no.1 recommendation for making money
All features of the Bitcoin Bonanza bear a semblance to the scam called the Bit Bubbe Tech. It is fortunate that I exposed that system before many people jumped on the bandwagon. It gives me great pleasure that you are here to get once again undeniable evidence that the Bitcoin Bonanza is a scam. This assertion is not merely a gut feeling but a conclusion from weighing various parameters. First, let me begin by showing you how this system works to give a clear picture of its inability to generate the prior-mentioned income. 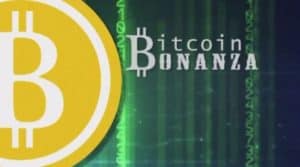 The Red Flags in the Functioning of the Bitcoin Bonanza

All aspects of the Bitcoin Bonanza system’s mode of operation point to issues of illegitimacy. In the first place, the system requires you to sign up with a broker for you to be absorbed into the money-minting scheme. This requirement raises two issues. First, legitimate cryptocurrency trades do not require brokers. Second, the brokers to whom the system directs you are unlicensed. In this manner, you will have no one to follow up in case you lose your money. Without a doubt, this system is intended to drain you of hard-earned money.

Aside from the brokers being unlicensed, you are required to use binary options brokers to sign up. There are numerous warnings out there regarding the risks involved in trading using such an option. Even Forbes magazine came out strongly to caution the public against engaging in such “investments” that would always leave you frustrated. Primarily, the inventor of Bitcoin Bonanza system directs you to various brokers with whom they are in business. Therefore, any money you send to the broker gives the brains behind Bitcoin Bonanza a commission. You don’t stand to gain anything in such an arrangement.
RECOMMENDED: Go here to see my no.1 recommendation for making money

Reason for the Ridiculous Figures

The promised of huge profits acts as a bait to get you on the system. However, you will not be given that amount since, as I mentioned earlier, none of the parties in this system is licensed or regulated. The system is only meant to make you give money to brokers who are uncertain of making profits. Therefore, once you give away your money, you will be fooled that the benefits are rolling in. You will see you cumulative profits from the system, but it will bar you from withdrawing until a given time-frame elapses. Once, the system fleeces enough from you, they will block you and there is little you will do to recover your lost “investment”.

With 100% surety, I will state that the Bitcoin Bonanza system is a scam. One glaring sign of the scam is the presence of unlicensed brokers. Normally, cryptocurrency trades are meant to be anonymous and secure thus you only require to send your bitcoins directly to the system from your bitcoin wallet. However, the Bitcoin Bonanza introduces an untrustworthy third party without giving a practical explanation of how the enormous profits come about. Therefore, keep off Bitcoin Bonanza.