Today I’m taking a closer look at a system called the FB Freedom System which claims you can make anywhere from $300 to literally $1,000’s per day, but is this actually legitimate or just another scam?

You can read my full and honest review below.

It’s personally helped me earn an extra $140k in the last 6 months alone:

So what on earth is the FB Freedom System? Can this system really help you make $1,000’s a day using nothing but Facebook. It certainly sounds appealing and after all the majority of us use facebook everyday so why not actually earn money whilst your using it, at least that is what the FB Freedom System website suggests, but can it really be that easy?

I’ve been investigating this website to learn more and now I’m sharing my honest opinion and I’m sorry to say that it’s unfortunately not very good, what I have found is actually quite alarming and is definitely a reason to stay well clear of this system as I will explain in a moment. 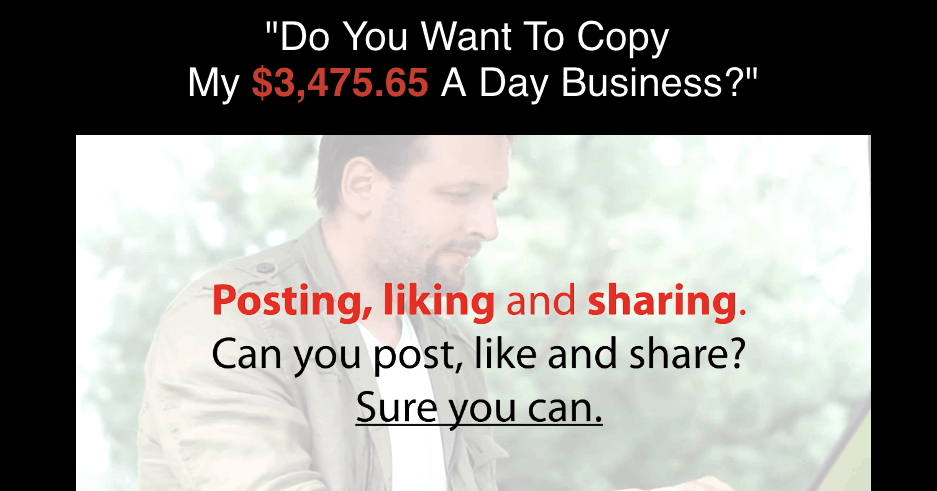 This is what I was first greeted by when visiting the FB Freedom System website. It claimed I could make over $3,000 a day by simply posting, liking and sharing on Facebook. That is a huge claim to make because I have been in this industry now for many years (internet marketing, blogging etc) and I know for a fact that you can’t simply make $3k+ a day from doing such simple tasks as posting, liking and sharing.

To be honest, websites like this which make such bold claims are a bit of an insult to people like me who have spent years learning and implementing internet marketing strategies in order to make an income online. Even now whilst I do earn an incredible income of sometimes $1,000’s a day and 5-figures per month I am not even making $3k+ with all the experience I have from testing 100’s of systems, and being involved in many businesses over the past few years.

To me, stating you can earn this kind of money from posting, liking and sharing is nothing but an insult. That being said, that is not the main reason I dislike this website, as unfortunately these kind of claims are common place in this industry (making money online) but what I really dislike is the use of fake testimonials as I will now explain.

Whilst I was looking at the website I noticed below the main video there are a number of extra videos which are people giving testimonials of the FB Freedom System. Upon first glance this looks great and you think that people are really making money with this, and unfortunately these videos will fool the average person.

However when you have reviewed over 300 systems like I have, you will soon realise that the people in these videos are not honest. These people are actually hired actors from the website Fiverr.com where you can literally pay as much as $5 for someone to create a video testimonial for you. All you do is send them a script and they will read whatever you want them to and make it look like a genuine testimonial, so in these videos you often see people stating they have made $1,000’s or even millions in some ridiculous cases.

Unfortunately FB Freedom System is using actors and these testimonials are nothing but fake. 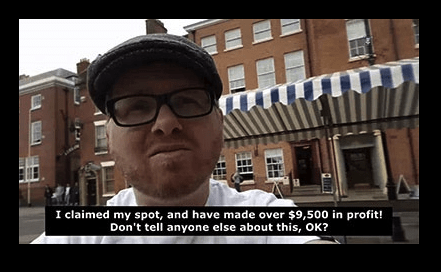 This guy is claiming that he made over $9,500 in profit which is super strange because he sells fake testimonials on the website Fiverr.com – Isn’t it strange that he made all that money, yet he still needs to sell videos for $5? 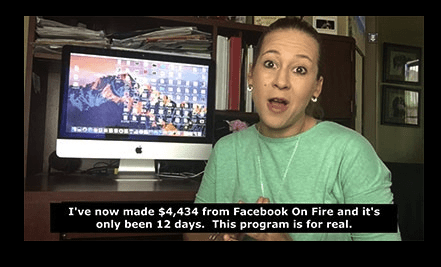 This women here claims that she made $4,434 from FB Freedom System and states she has only been involved for 12 days. Once again this is strange because if she is making that much money which is over $10k per month why would she want to sell fake testimonials on Fiverr.com for $5? Obviously this is not real and she was simple hired to give a fake review.

Is FB Freedom System A Scam?

So after everything I have shown you today is FB Freedom System a confirmed scam? I believe so because all the research I have done suggests that this is nothing but a money grab using Facebook as a way to lure you in because most people know how to use it or at least know a family member who could show them.

This makes the illusion that the FB Freedom System will be easy to operate and genuine but in reality it’s not. They are just using the whole facebook thing to suck you in. To me this is no better than other scams I have exposed lately like entrepreneur jobs club and tesler system.

Obviously I am not going to be recommending this system as I don’t believe you will make anything from it.

I think if you join you will only end up being disappointed and lose money.

Instead, check out my no.1 recommendation below to see a real solution for making money.

It’s personally helped me earn an extra $140k in the last 6 months alone: