The Lazy Trader App is a complete scam qand I’ve put this review together to expose it. Don’t risk your hard earned money on the Lazy Trader app which is a complete load of BS. Read the full review and I’ll reveal the truth so you can avoid losing money and becoming the next victim!

Before I jump into the review, if you’re sick and tired of scams and want a real solution for making money…

So you’re looking at the Lazy Trader website and thinking wow this Lazy Trader software app looks amazing? Wrong, it’s a complete scam and a lie. The guys behind this scam system have been behind numerous binary options scams in the past couple of months like Tesler and Fintech Profits. This particular scam is just 1 of many they have launched and they are known for stealing millions from hard working people like you. The truth is the Lazy Trader is just another scam ready to take your money if you let it.

When it comes to money making scams let me tell you I have my fair share of experience. On this blog alone I have reviewed over 100 scams like Lazy Trader and exposed them helping people like you avoid the pain of losing money. I’m actually really glad you found this page because the guys behind Lazy Trader are some of the most prolific scammers on the internet. Their scams tend to spread like wildfire and I’ve heard 100’s of stories about people losing money.

How Does The Lazy Trader Scam Work?

The scam starts out with you checking out their fancy website. You’ll watch the video of the guy driving the Lamborghini and talking about how you can make a fortune. Rick Daniels is what he’s called, or at least that’s what he will tell you. The truth is this guys an actor, he is not the real person behind this scam. He was hired to pretend to be a millionaire who can help you make money with his Lazy Trader system. You’re told that you can make $15k per day, and you can start testing in just 5 minutes a day. It sounds so easy, it has to be true? No, it’s wrong, you see they say it’s a free trial to use their software, but there’s no trial at all, it’s actually free for life.

Why is it free? It’s free because they want to suck you in and get you to sign up to the binary options broker they recommend. Once you actually follow the steps and sign up you are told to deposit money at the broker they recommend so that their Lazy Trader software has money to trade with. After all when it comes to finance and trading you can’t make money unless you actually put your capital at risk so it can be traded. They don’t really talk about risk though, they just tell you that making money is super easy and you can just use their Lazy Trader app and it will do all the hard work.

What actually happens is you’ll sign up, make your deposit which is a minimum of $250 and then the trader app will go to work. The Lazy Trader is probably a good name for this scam system because it certainly is lazy. The thing doesn’t work at all and will leave you high and dry. Within a few days of activating their software you’ll be left with no money. It will literally trade your money down to nothing and leave you wondering what the heck just happened.

The worst part is they’ll prompt you to deposit more money and say that you can still make money. Some people fall for this but most wise up by this point. The scam doesn’t stop there either because their “experts” will call you up and try and get you to deposit even more cash. These guys are crooks and Lazy Trader is what they use to scam you. The truth is the creators of the Lazy Trader software app get paid a commission to refer you to the binary brokers. They basically create a fake website full of hype so that they can sign you up to the broker and earn commissions all day long. They don’t care about your success, they just want to earn those commissions by scamming you. 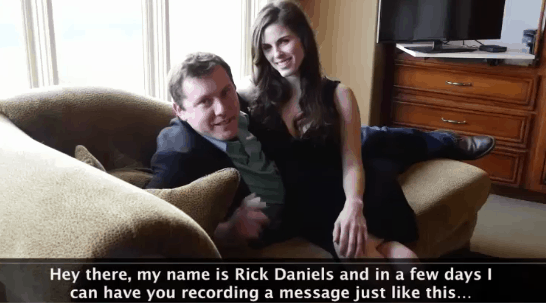 Another fake thing about the Lazy Trader app is that it uses testimonials from hired actors. Well, that’s if you can call these guys actors as they are pretty terrible. The truth is the people on the website claiming to have made a fortune using Lazy Trader are liars. They have not made a penny and they just got paid to say that they did. All these people below are fake, and you should not trust their testimonials for Lazy Trader as they are lies.

The Lazy Trader software app is a complete joke. This scam system won’t make you a penny, so I’m advising you to avoid it.