I’m back with another scam review and today it’s called Leaked Profits. Their website just went live a couple of days ago and I’ve been taking a closer look and now I’m exposing this scam. Do not sign up for Leaked Profits unless you want to lose money. I’m going to share all the details below in my full review and expose this scam system!

Before I start the review, if you’re sick of binary scams like Leaked Profits then check out my recommendation below. You can learn how to make a realistic $3000 to $5000 in the next 30 days using this. I’m personally making $800+ a day from it:

January 2017 has been full of binary scams as we’ve already had the likes of Tesler and Vena System and Leaked Profits is just the latest of many! The Leaked Profits system promises you $1,250+ per day and they even guarantee that. Unfortunately that is a complete lie because they don’t actually guarantee that. That’s just some words they threw up on their scam website to try and convince you to sign up. To be honest I have reviewed a lot of systems like this and Leaked Profits isn’t even a good effort at a scam. Some of these guys spend a fortune on their websites by hiring private jets, flash cars, mansions, helicopters and much more, yet Leaked Profits just has a boring video with an actor they hired from Fiver. 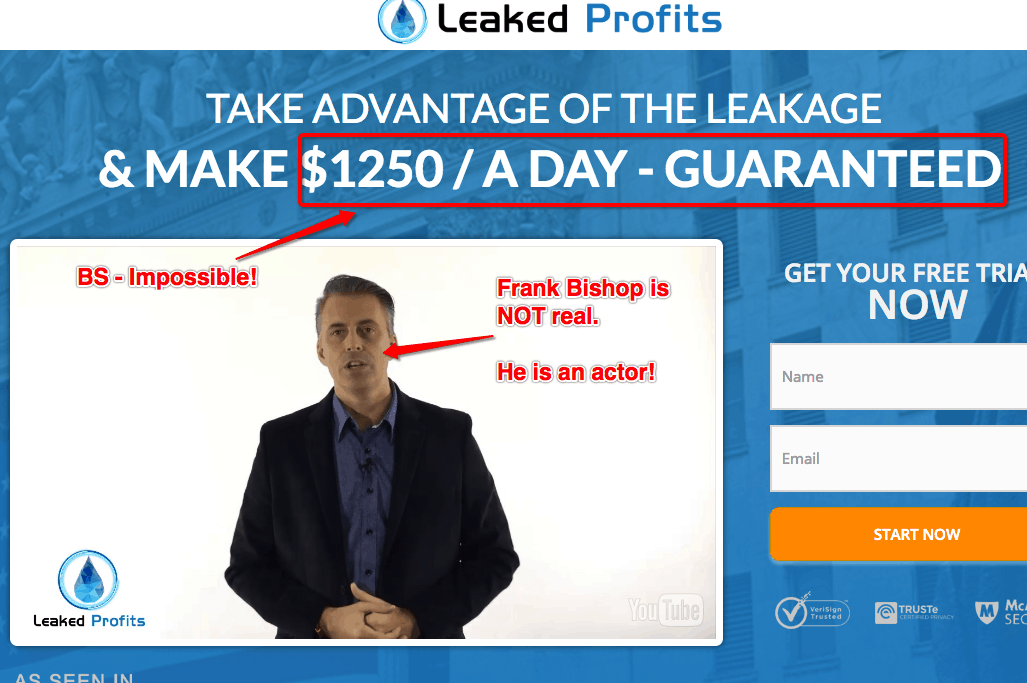 Frank Bishop is the man behind the amazing $1,250 per day “guaranteed” system. But of course he is not really called Frank Bishop, that’s just some fake name they made up for the main character in this scam. That’s right, I said character because literally this website is a made up scam. The whole backstory about how Frank has made millions in the financial markets is just a lie. The truth is the real scammer behind this system wrote a script about binary options, literally a made up story about “Leaked Profits” and then hired an actor to read it. Chances are “Frank Bishop” the guy claiming he’s made millions probably got paid about $100 to do this video. Hardly the amazing business success he claims right? Far from it in fact!

One of the first things I noticed about the Leaked Profits scam was the actors they use in their testimonials. I have seen these people in testimonial videos before for other scam systems. The truth is the scammers behind Leaked Profits and other systems are so lazy that they don’t even make much of an effort to hire actors that people might not have seen before. Instead they hire Fiverr actors who have appeared in many other scam systems.

Don’t believe me? I can prove that these people are not real and are simply actors hired by the real owner of Leaked Profits. 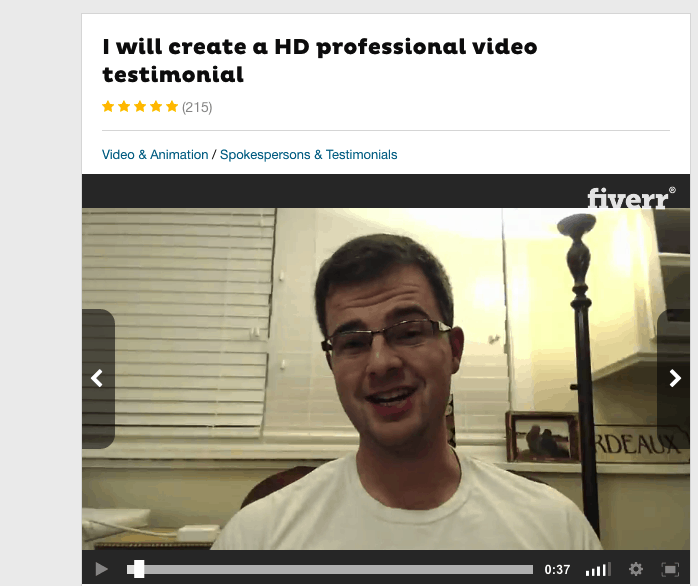 I’m not going to waste my time finding the adverts for the other actors giving fake testimonials because really what is the point? It’s obvious this system is a complete scam and won’t make you a penny. So let’s have a look into how the Leaked Profits scam system actually works, that way you will know how to avoid these scams in the future, as really it’s so obvious!

How Does Leaked Profits Work?

I guess the real question should be “how DOESN’T Leaked Profits work?” but anyway let’s proceed. The scam starts with you hearing about their amazing system and how you can make a fortune with it. Specifically they claim $1,250 per day which is obviously a made up figure they thought sounded good. Once you watch their video if you’re convinced it’s real like many unfortunately are you follow the steps to sign up. You are then forwarded to another video that instructs you to sign up via the form with their recommended broker for binary options trading. This is how you are going to make money with their system but don’t worry because you don’t have to do anything. Then all you need to do, is follow the steps to make a deposit to fund your account and you are done. Now you can sit back and watch as the money rolls in.

Unfortunately that’s obviously not going to happen, despite them “guaranteeing” it. What will actually happen is you will make a deposit and you’ll never see it again. The scammers behind this website make money by referring you to binary brokers. They put together a scam website to convince you that what they have is real so you deposit money at the broker they recommend. When you make that deposit, they get paid and they are done with you. All the claims of making money are made up and you just got scammed.

It’s sad but this is the reality of binary options which is why you need to avoid them.

Don’t waste another minute of your time on this nasty scam.

If you want to see a real system for making money (which has nothing to do with binary options) then check out my recommendation below.

I use this exact system to make $800+ a day and at the link below you can see the system and attend our 100% free training webinar teaching you our methods: