Online Profits Shortcut is a new system which recently launched but in my opinion it’s more of an Online Profit Scam instead of a shortcut! Today I’m taking a closer look and sharing my honest review and opinion and ultimately letting you know why I don’t recommend it.

Before I start, if you’re sick of scams and want a real solution for making money check out my recommendation below…

So what exactly is Online Profits Shortcut all about? After hearing about this new system I decided to take a look and instantly could tell that this system is nothing new. In fact it looks extremely like another system that launched a while back called Online Profits Breakthrough. To be honest this doesn’t surprise me, quite often the scammers behind these kind of websites will rebrand it and barely even change anything. They simply change the website name and maybe the logo and carry on as usual. That certainly seems to be what has happened here when it comes to this scam and I predict that nothing else has changed about it. 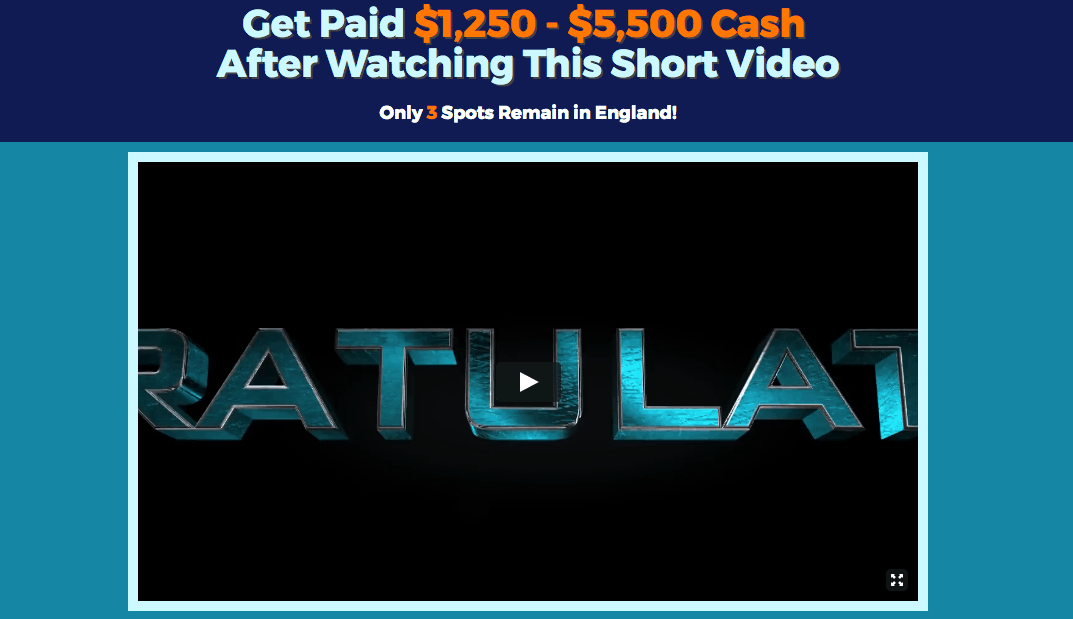 Like I mentioned Online Profits Shortcut looks just like a scam I exposed a few months back called Online Profits Breakthrough. This particular scam was extremely popular and promoted by a lot of people. You see what happens is websites like this get listed on a bunch of affiliate networks where people can sign up, send visitors to the website and make money. Often you get a lot of unethical affiliate marketers who basically just want to make a quick buck and don’t care whether that means you lose money. They’ll refer you into anything as long as it means they get paid at the end of the day. With this particular website the owner has listed it on many affiliate networks and people sign up. If you actually go through the website and decide to sign up you’ll be pushed into an opportunity known as the Mobe business opportunity.

I’ve covered Mobe in many different reviews since the majority of systems I review tend to lead back to Mobe. For my full Mobe review go here or alternatively just keep reading and I’ll share the information that you NEED to know, instead of the full review.

Mobe is a company that teaches digital marketing and it was started a few years ago. I know many people who have been a part of Mobe because it’s a business opportunity. Basically you sign up, buy the products and then you can become an affiliate and resell the products. The products are expensive, we’re talking 5-figures expensive and the affiliate commissions are pretty strong, so when someone refers you into it and you buy all the products they get paid a very healthy commission. It’s pretty similar to other companies like Digital Altitude. In fact it’s so similar that they’ve actually had some legal problems but I’m not going to get into that here.

You’re probably thinking that it sounds like a pyramid scheme and you’re probably not the only one. I personally know that it’s not a pyramid scheme because there are actually legitimate products attached. The products are digital and some are live events. The expensive products are live events and they actually teach you over a number of days a number of digital marketing techniques. They will fly you into the event and the experts and get them to teach you everything they know. Many of these “Experts” are actually top earners in Mobe so they will share what they are doing to have success. Ultimately you can apply what you learn to any digital business although most people will apply it to the Mobe business opportunity.

What Is Online Profits Shortcut?

Now you’re probably thinking okay I understand what Mobe is so what exactly is this Online Profits Shortcut website all about? Well that’s simple to answer. Online Profits Shortcut is a website that is owned by an affiliate of Mobe. That means that basically this affiliate has gone out and created a unique website that he/she uses to promote the Mobe business opportunity and then they have listed it on a number of affiliate networks so that other people can promote it. To join Mobe it costs $49 which is an application fee and the owner knows that on average they can pay at least $100 approximately per $49 sale generated. So they list this on affiliate networks and get a bunch of other affiliates to drive traffic at their website.

Why Is Online Profits Shortcut A Scam?

It could be argued that it’s not a scam to be honest. After all the company behind it is legitimate (Mobe) although many people don’t believe it is. That’s really a matter of opinion. Me being someone who understands exactly how these businesses operate know that it’s not really a scam however in my opinion it’s not the best model out there either which is why I have moved away from these “pay to play” style business opportunities into more straight up affiliate marketing. Anyway, the reason I argue that Online Profits Shortcut is a scam is because the website is full of hype and the sales video is just pure BS. It talks about how you can earn a fortune and essentially mis-sells Mobe.

You can’t just create a bunch of lies and income claims in order to sell something even if what you are selling is legitimate. It’s like selling a car that is an average car and claiming that it goes as fast as a Porsche or Ferrari it’s just unethical and not right so that is why I am calling out Online Profits Shortcut as a scam and not recommending it.

As you know from reading this review I am not recommending this system. However if you want to see what I do recommend go ahead and check it out at the link below. You’ll see a system that I started using a few months ago that has allowed me to generate over $80,000 in commissions: