Quantum Income Machine has started to gain traction again so I wanted to do an updated review and warn you from getting started with it. This system has launched under a number of similar names using the word “Quantum” however not much else has changed. I’ll be sharing an up to date review on this page and giving you all the details.

(This is not a binary scam – This is a real system)

Quantum Income Machine Is A Scam

I’ve exposed many systems recently in the binary niche such as the Tesler Software and 10k Every Day App but one scam that won’t seem to go away is the Quantum Income Machine. It’s been launched under a number of similar names yet it keeps popping up. It seems that some scammers must be making a lot of money behind this system and they don’t want to move onto a new scam so they keep pushing it and re-investing it. After all they must have spent a lot of money hiring the mansion, and the Ferrari plus all the actors too. 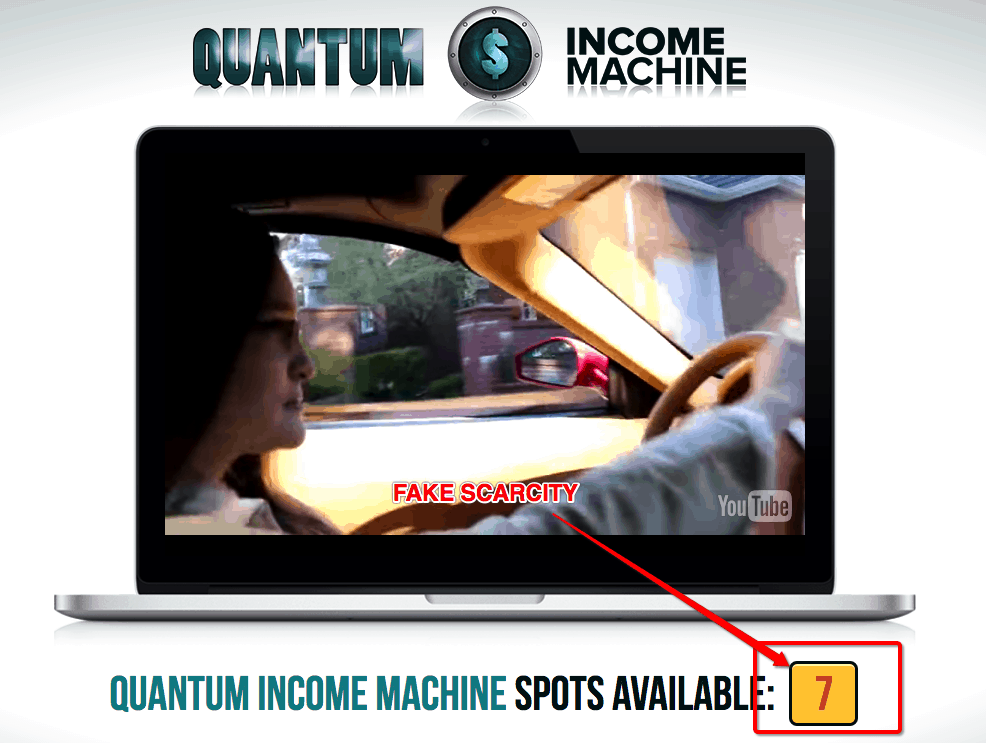 One thing I immediately noticed that is a complete scam is that there are only 7 spots available. This is fake scarcity and something that gives an immediate red flag to this system. There are definitely not 7 spots available because 100’s of people are falling victim to this scam each week. They use this to trick you into thinking that you are going to miss out if you don’t take action and sign up, but don’t fall for that crap. I’d say 95% of the time websites that use these kind of tactics are fake, its quite rare to see a website use this tactic that is actually genuine, I’ve only seen it with a few products in my time but obviously nothing to do with binary options.

Yes you read that right, actors are being used in the sales video and website. It’s not uncommon but basically the scammers behind the system hire actors. The actors will read from a script and give a glowing testimonial such as saying how they made a lot of money with this system. In reality they probably got paid about $20 to give this review if that. There is a popular website called Fiverr.com where many of the scammers go to buy fake testimonials. The website as a whole is legitimate (Fiverr.com) however it has a dark side when it comes to testimonials. To be quite honest I am surprised the owners haven’t shut this section of the website down and I’m very surprised that the authorities haven’t been onto these people. It’s so easy to find the fake testimonials, all you need to do is do a search and you’ll soon see a bunch of people offering this service. You might even recognise some of them.

Each time I review a new binary options system I always come across people I have seen in another system. That’s because the scammers behind these systems will hire the same people that have appeared in other scam systems. To be honest I don’t know how these people sleep at night knowing how many people they are hurting by giving these fake reviews and testimonials and I can only assume they are extremely desperate for the money.

How Does Quantum Income Machine Work?

After watching their video you’ll be prompted to follow a series of steps to get setup with their system. The first step is to enter your email and you’ll be forwarded to another page. You’ll watch another video and be told you need to secure your place by signing up to their recommended broker. This is a simple form that auto-registers your account and creates you an account to use the Quantum Income Machine software. You’ll then be asked to fund your account. This is where most people are confused because didn’t they say it was free? Of course they told you this, but in reality you need to make a deposit of at least $250. To be honest this makes sense, because its trading so how could you earn money without actually investing some? But it’s still a scam because once you deposit they get paid. They earn a referral commission, which is the whole point of their website.

All the claims they made, all the claims the actors made, and the fake testimonials all serve to get you to part with your money and make a deposit. Once you make that deposit the owner of the Quantum Income Machine website gets paid and their job is done. The worst part is non of the income claims are real and non of them will happen. Once you start trading you’ll notice the software doesn’t even work properly and it will lose your money within a few hours. You just got scammed and it’s happening to 100’s of people a week.

The Quantum Income Machine is a huge scam and hopefully my review has saved you from losing money like so many other people have.

If you’d like to check out how I’m able to make 5-figures per month from home check out my recommendation below.

My recommendation has nothing to do with binary options. It’s a real system for making money online..