Money Map Press released a presentation by Shah Gilani concerning what he refers to as “Pre-IPO Rights.”

Shah Gilani claims that they present you with an opportunity to make money that is more profitable than stocks, options, and cryptocurrencies. He says that as a lot of money is invested in private companies, there is an opportunity for individual investors to make money.

In this review, we take a closer look at Shah Gilani’s presentation to find out what he means by Pre-IPO Rights, how to get involved, and whether they are as good an opportunity as he alleges.

Shah Gilani says that as many as 550 companies that are actively looking to go public and in doing so, they give you a chance to make money. He says that you don’t even have to have a lot of money to be involved.

He is talking about investing in private companies before they go public (pre -IPO). 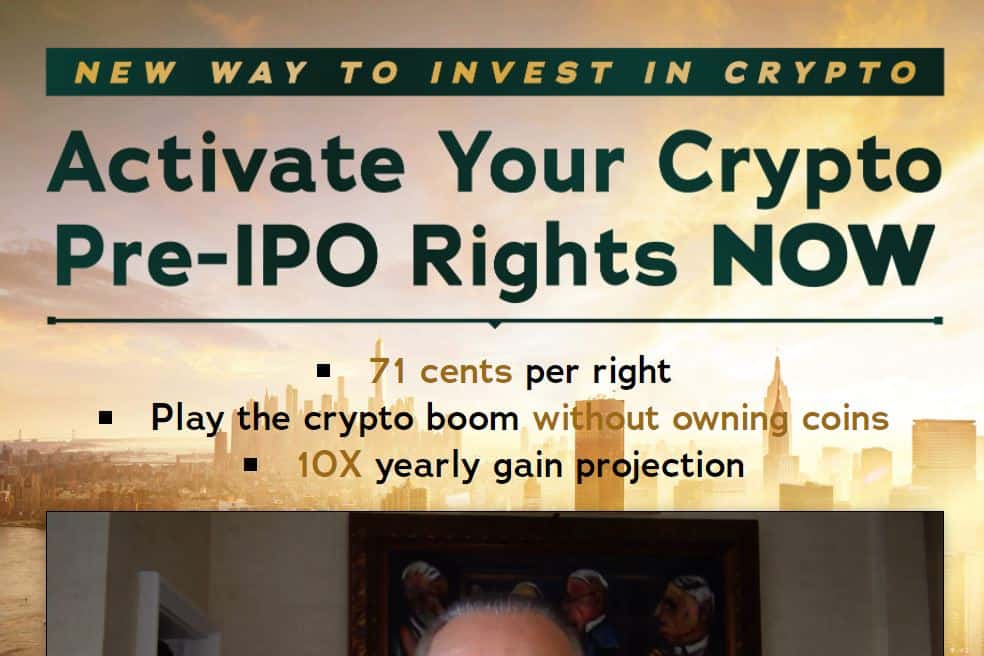 Investing in companies pre-IPO was always the preserve of wealthy individuals, or those that could prove that they were accredited investors.

These investors had to meet certain wealth requirements to invest in non-publicly traded companies.

However, when President Obama signed into law the JOBS Act, it opened the door for non-accredited investors to invest in private companies.

That’s when all this talk of investing in pre-IPO companies suddenly became popular.

Shah Gilani is not the only guru talking about investing in private companies. Others like Teeka Tiwari (Set For Life Summit (Pre IPO Picks)) and Jeff Brown (The Pre IPO Code) have given their opinion on this subject before.

What are Pre-IPO Rights?

Although Shah Gilani is talking about investing in private companies, his focus is on SPACs.

Special purpose acquisition companies (SPACs) are companies that go public but they do not have defined commercial operations because they are created to raise capital through an initial public offering (IPO). A SPAC is meant to acquire or merge with an existing company and they are often called blank check companies.

“Now, these ‘pre-IPO rights’ I’ve been telling you about…

They exist because of SPACs.

Only, they’re not shares…

They trade on public exchanges…

They have their own unique ticker symbols…

They can be bought by anyone…

And like a stock, they trade freely – so your money is never locked up.

When you buy a warrant that’s connected to a SPAC…

You are investing in the SPAC, but you’re also investing in whatever private company they hope to make public.

That’s what makes warrants so exciting (and cheap)…”

Shah Gilani wants you to invest in warrants instead of shares because he thinks that they have a higher ceiling. He says that you can invest as little as $100 and earn many times more money in a matter of months than a typical stock investment.

Although they come with a high potential, Shah Gilani acknowledges that they are incredibly risky.

“if, for whatever reason…

The SPAC fails to find a private company to merge with…

And the warrant plummets in price as a result…

You only lose $100 or whatever small amount of money you invested in the first place.”

In fact, he insists on speculating with tiny amounts on each investment because the possibility of losing everything is very real.

Shah Gilani says that for you to succeed in the SPAC warrant market, you need to understand the market.

He says that he understands the market because he worked on Wall Street for many years and is, therefore, knowledgeable enough to find you the SPACs that are more likely to do well.

If you want to receive his insights and recommendations, he wants you to subscribe to his new investment research service called Gunslingers Trading Alliance.

Who is Shah Gilani?

Shah Gilani is the chief investment strategist at Money Morning.

He has worked for many years in the financial service industry during which he has created a vast network of contacts, including the biggest players on Wall Street and in international finance.

He established his first ever hedge fund in 1982 and since then, Shah Gilani has been actively involved in the stock market.

He has worked as a market maker on the Chicago Board of Options Exchange and was on the floor in 1983 when options began trading.

Shah Gilani has been a frequent guest on CNBC, Forbes, and MarketWatch. In addition to those, he has been a regular contributor to Fox Business’s Varney & Co.

How Does Gunslingers Trading Alliance Work?

If you want to know more about Pre-IPO Rights, then you have to sign up for Gunslingers Trading Alliance.

As a subscriber to Gunslingers Trading Alliance, you will have access to Shah Gilani’s recommendations, along with execution instructions. On top of that, he will also walk you through setting up your trading account for each trade.

The benefits you get as a subscriber include:

You get a two year subscription if you pay $2,150 upfront.

There are NO CASH REFUNDS.

The presentation was done by a legit investment guru, Shah Gilani, who’s been working in the financial services industry for many years. In this presentation, he focuses on SPACs and warrants which have been getting a lot of attention over the past two years.

Although the presentation is legit, his trades are not guaranteed to make you money. Therefore, do not go into his Gunslingers Trading Alliance recommendations expecting to make a lot of money because you can just as easily lose it.

If you are looking to invest in SPAC warrants, Shah Gilani’s service may be worth checking out. According to him, when these pre-IPO deals work out, you can make a lot of money.

There are two benefits when it comes to investing in these deals. First, the initial investment is relatively low as you can start with an amount of low as $1. Secondly, the profit margin is quite extraordinary.

The downside, however, is that you can lose your entire investment if the SPAC fails to acquire a company or it becomes a bad investment. You also need to do a lot of research before you make a trade, and I suppose this is where Shah Gilani comes in with the Gunslingers Trading Alliance.