Ray says that Tesla CEO Elon Musk is going to appear at a Tesla investor event during which he will reveal important details about the million mile battery, a long life battery that lasts a million miles before it loses the capacity to power the car.

But before Elon makes the announcement, you will have the opportunity to make money on a stock that will be involved in the production of the battery.

In this review, we will go over the details of the presentation to enable you to decide whether Ray’s propositions are worthwhile.

Ray Blanco’s Tesla Million Mile Battery presentation is lowkey an ad for his new investment research service, Catalyst Trader (you can expect him to tout it again in subsequent presentations). 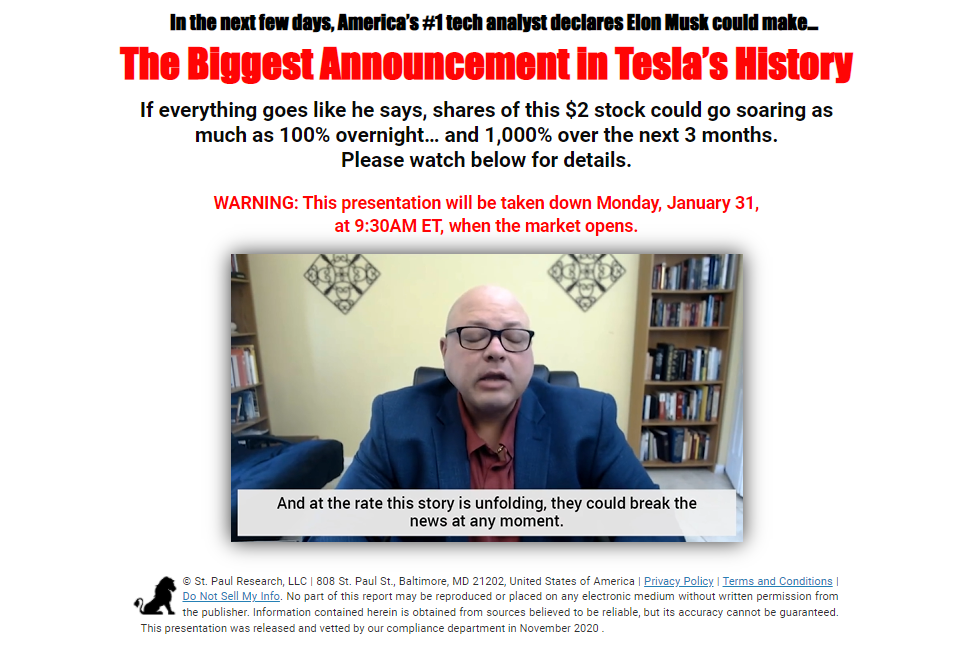 The event was hosted by Blanco and he was going on about a small $2 company that Ray thinks will be involved in the production of the next generation batteries. Such a battery pack is capable of going a million miles before you have to replace it (be careful to distinguish that and the number of miles they do on a single charge).

For context, the current batteries are capable of doing 500,000 miles, as per a private study.

Ray claims that Elon Musk will reveal the name of the company that Tesla is partnering with on the million-mile battery project during an investor event on the 20th of January (which so happens to be the $2 company Ray is teasing). Musk was expected to announce the new battery on Battery Day.

When he does that, Mr. Blanco audaciously claims that the value of the tiny company will go up by $2 (double its value) “in a matter of minutes” before going on to gain 1,000% in the next three months.

Therefore, if you wish to take advantage of the situation and double your money by making an investment, you have to do so before January 20th.

Note, this tiny $2 company was founded by a former senior Tesla battery engineer who holds the key to the million-mile battery breakthrough.

The Company Behind The Battery

Blanco says that Tesla may partner with a tiny company that makes “battery material” for its million mile batteries. He says that with the help of this company, Tesla will make better battery technology for its electric cars. Better battery cells will enable batteries to even have better cost efficiency, lowering the cost per kilowatt hour thus minimizing the strain on the electric power grid.

Tesla has been looking for ways to improve its battery packs. It was even considering lithium iron phosphate batteries, which use no cobalt, the most expensive metal in EV batteries.

At the same time, the tiny company may do well and grow 10X in ten years.

Here is what he says about the tiny company:

“The entire industry is projected to grow 10X in 10 years…

And this $2 company could be an important part of that growth.

Over the next decade…

This tiny company predicts they will be making 100,000 tons of battery material a year.”

Insiders working at the small company have been buying up shares of the company and Ray sees that as a vote of confidence:

“By the way, Aaron, all the insiders are already positioned for a big announcement.

They own 64% of the company’s shares…

And they keep buying more.”

It gets interesting because one of the co-founders used to work for Tesla:

“Back In 2015, Tesla hired the pioneering scientist of the original lithium-ion battery and his team of engineers to lead their battery research division…

And the co-founder was part of that team.

He calls him Dr. D and says that he is conducting research on battery technology in Canada:

“Dr. D runs Tesla’s battery research at a lab at one of the most prestigious universities up in Canada.

A lab that is responsible for some of the greatest battery advancements in history.

And it’s this very same lab that the $2 company spun out of.”

As for the management and the board, Ray has this to say:

A retired admiral from the U.S. Navy…

And even Dr. D’s own son is now the director of engineering at this $2 company.”

It also has a moat, a patent application that was filed by the World Intellectual Property Organization:

“This is patent application No. 3069168 filed in the World Intellectual Property Organization.

And I believe this patent is the key for the whole process.”

And he goes on…

“And this patent holds the rights to a revolutionary production method for those materials.

And it can make them cheaper…

And with ZERO harmful waste.”

Ray says that he confirmed that the company is in partnership with other clients. He mentions companies like Panasonic, Samsung, Sanyo, Apple, and Microsoft, just to name a few.

Who is Ray Blanco?

Ray Blanco, the guru featured in the pitch, is the tech investment analyst at St Paul Research which is an imprint of Agora Financial. 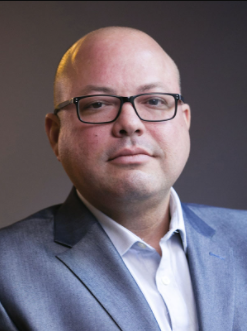 His research focuses on technology, biotech, and marijuana as evidenced by the newsletters he edits. Typically, he recommends small companies riding massive trends in each of those sectors.

He has always been passionate about technology and began programming computers at a young age. After graduating from university, he worked in IT before transitioning to the financial services industry.

He joined Agora Financial in 2010.

What You Get When You Join Catalyst Trader

Ray Blanco has written a report titled How to 10X Your Money With the Million-Mile Battery concerning the $2 company. You can only get your hands on the report if you subscribe to Ray Blanco’s new investment newsletter, the Catalyst Trader. 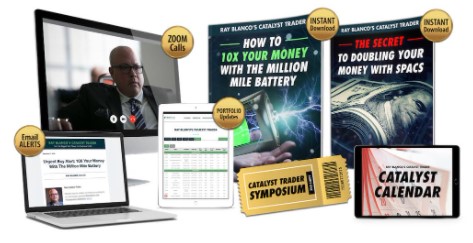 However, you don’t have to sign up for it just to reveal the name of the tiny company he is teasing.

After going through the clues he presented during the pitch, I think the $2 company he is talking about is Novonix Limited (OTCMKTS: NVNXF or ASX: NVX). It is Australian and it supplies synthetic graphite that is used to make the electrodes of Lithium-ion batteries.

Besides the million-mile battery company, Ray also mentions Special Purpose Acquisition Companies (SPACs). These are reverse merger situations where a blank check company goes public by acquiring a private company just to gain access to public exchanges without going through an IPO.

An example of one such company is Fisker Inc. (NYSE: FSR).

He has written a report about investing in such companies titled The Secret to Doubling Your Money With SPACs.

If you still want to press ahead and sign up for Catalyst Trader, you will receive:

I think the Tesla Million Mile Battery is a legit presentation.

Ray Blanco goes on about a $2 company that he believes has a partnership with Tesla to produce a battery for its electric vehicle capable of lasting one million miles (till it has to be replaced). He is merely giving his opinion and I see nothing wrong with that.

However, I think you should take his assertions that it will go up 10x in three months with a grain of salt because the battery industry is extremely dynamic. On top of that, it is littered with startups that never achieve their potential. So, it is hard to tell whether any given company will go up by a certain margin.

Although he teases Novonix Limited as a company capable of going up by 1,000% after Elon’s announcement, I urge you to tread carefully. Just as it is likely to earn you those big returns, it can flop (and Ray prepares us for this when he says that if Elon doesn’t reveal it as Tesla’s partner, you get a lifetime subscription to his newsletter).

EV batteries are in high demand due to a push by most carmakers to make electric cars. Reliable energy storage is also in high demand, which means that battery technologies are going to get better. Therefore, investing in a stock that exposes you to that subsector seems like a logical choice. However, If you are more interested in the technical aspects of the million-mile battery (things like battery chemistry, battery life, battery costs and the likes), read about it before you pass judgment.