First things first, if you’re sick and tired of scams and want a real solution for making money check out my recommendation…

The Money Academy – Another BS Scam

In my opinion The Money Academy is just another BS scam. They promise you can make a fortune but never really tell you how it’s done. The sales video is full of hype and talks about the struggles the guy went through and how he finally broke through to start making money. It sounds all too familiar if you ask me and has all the signs of a scam. Really it looks no different to other scams like My Millionaire Mentor and Auto Home Profits. 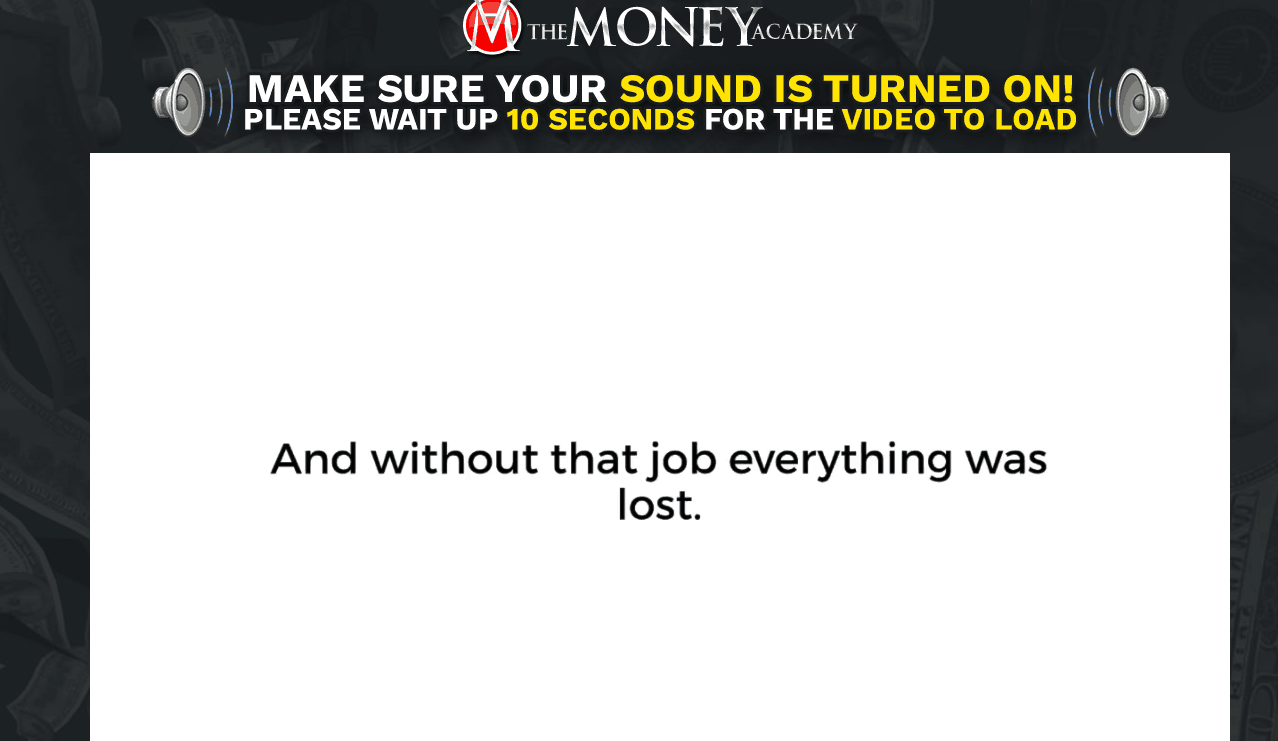 There’s only so many times I can write reviews of scam systems like this and keep my cool. To be honest after writing over 100 reviews on this blog I am getting pretty sick and tired of them. It’s the same old crap with every product and opportunity I seem to review. In the past couple of weeks I have reviewed so many scams like this it’s frightening and shows that the industry really hasn’t changed, if anything it’s getting worse. Fortunately there are a few good systems out there like Tai Lopez’s Traveling CEO program but they’re few and far between.

How Much Is The Money Academy?

The Money Academy will set you back $49 however this is only the start. After taking a closer look I discovered that The Money Academy was just another sales system to promote MOBE. MOBE being “My Online Business Empire” by Matt Lloyd. Believe it or not Matt Lloyd is actually a good guy and his system is legit, however many of the affiliates who promote his system are not exactly what you’d call “ethical guys”. They create super hyped up systems like The Money Academy which are nothing more than a sales video. Another example which I already mentioned earlier in this review was My Millionaire Mentor. That websites promotes MOBE through one of the most hyped up videos ever made!

Plus they pump the videos full of fake testimonials in order to convince you that it’s legit. To be honest I never understood why they do this because Matt Lloyd actually has plenty of real testimonials for his system, so why not just contact him and ask him if they could use the real testimonials instead of ordering fake ones from websites like Fiverr. I guess the fake ones are more hyped up and therefore sell better but to me this is just wrong and unethical of them.

Getting back to the question of how much it costs. It will start off with $49 however this is basically just an application fee to get inside. That $500 you are guaranteed? It’s complete BS because you are only guaranteed that $500 if you follow all the steps in their system. Obviously they aren’t going to tell you this because they just want you to sign up so that they can get you into their big funnel and make money from you. The truth is if you follow all the steps it will cost you potentially 10’s of $1,000’s. So who cares if you don’t make money after spending 10’s of $1,000’s? They pay you $500 which is basically giving you a tiny fraction of the money you already spent back.

The Truth About The Money Academy / MOBE

My intention is not to slam Matt Lloyd here. I actually follow the guy on social media and he’s a good guy. Plus plenty of people have had success with his system.

What I don’t agree with is the people behind systems like The Money Academy which exist ONLY to sell MOBE and they do it in an extremely unethical way. Matt must know that this is going on, after all he must partner with some of these guys for them to send him more traffic. Maybe he thinks the ends justifies the means. In order words it’s okay to lie to them in the beginning if he can deliver on his promises later on? Maybe, I don’t really know for certain.

Conclusion – I Don’t Recommend It!

As you probably guessed I am not recommending The Money Academy. Ultimately this system lies to you in order to get you to sign up to MOBE.

I also don’t think that you will make the money they claim, plus I have a better solution for you below.