Wondering what Tom Bilyeu net worth for 2022 is?

Thomas Bilyeu is an embodiment of someone who grew from nothing to a success story.

He is a successful entrepreneur who runs a billion-dollar company and serves as an source of inspiration and motivation to thousands of people.

In this piece, we take a closer look at a man who embarked on a journey that started humble and wound up becoming a good example of how to be successful in business and life.

Who is Tom Bilyeu

Thomas Bilyeu is perceived differently by different people. To some he is an American actor, entrepreneur, motivational speaker, and filmmaker and to others, he is a relationship expert and fitness fanatic.

Tom is the latest major personality we will be taking a look at. We’ve already reviewed others like Dan Pena, Mary Barra, and Gary Vee. 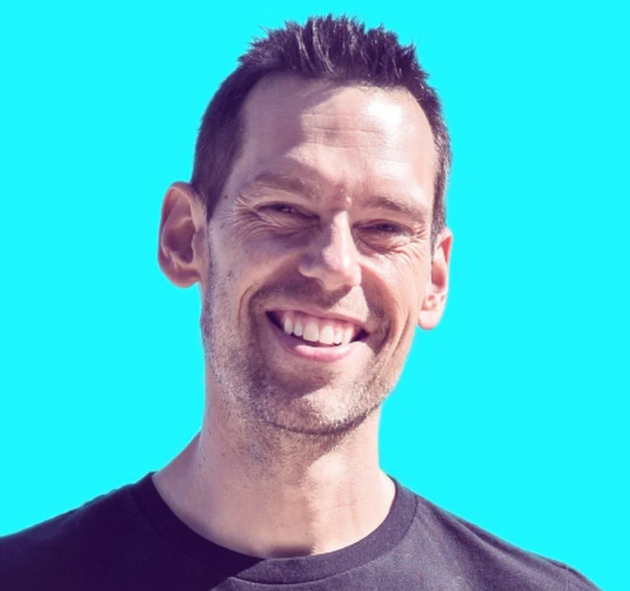 Tom is one of the few humans who’ve impacted several fields accumulating a reported net worth of $400 million along the way.

He attributes most of his wealth to Quest Nutrition, a company that offers health and nutrition products. He sees it as a company that was inspired by his background and desire to tackle a major challenge in America’s Society.

Tom is also the co-founder of Impact Theory.

Tom Bilyeu was born on 30th March-1976 in Tacoma, Washington. He was born into a family of fairly obese individuals.

He started out as a lazy boy but later dedicated himself to changing his habits and nurturing a growth mindset. His first step was establishing a strict morning routine that included a workout.

She is the perfect match for him because they both have the same aspirations and values. They have been together for the last 17 years, and married for 15 years. Currently, the family doesn’t have a child.

Bilyeu’s education has played a critical role in shaping his journey. Tom Bilyeu is a graduate of the University of Southern California with a major in film.

Growing up obese and unmotivated

Tom Bilyeu wasn’t always the inspirational American entrepreneur he is today. In fact, he has one of the most inspiring journeys people can emulate, an example of someone who chose not to wallow in his problems and wound up building a billion-dollar company.

His story begins with his first job delivering newspapers. He was the kind of kid that was scared of knocking at people’s doors to collect his paycheck.

To make matters worse, he grew up in an obese family where he was watching family members eat themselves to death. Growing up, that was all he knew and he too was obese. Later in life, this drove him to create a solution for the obesity problem by creating a company that would help people become fit and healthy.

Thomas Bilyeu initially gained recognition for co-founding Quest Nutrition but his story runs deeper than that.

While studying Tom was approached by Awareness Tech, a data loss company, where he got his first copywriting job.

After he graduated from the University of Southern California, Tom landed a job in marketing in the company where he stayed for eight years. During his stay in the company, he went on to become the Chief Marketing Officer.

Growing up in an environment where obesity was all around him, it is not surprising that Tom was obese too. But later on, he developed an interest in health and he started viewing this societal problem as an opportunity he could venture into.

Tom Bilyeu altered his diet and he lost 60 pounds. His life now revolved around a healthy and fit lifestyle.

The company’s initial goal was to create protein bars but they eventually reviewed their portfolio to include other healthy snacks and foods such as chips and protein powder. During Quest Nutrition’s first three years, it grew by 57,000 percent. GNC and Vitamin Shop were the first retailers to sell Quest before marketing giants such as Walmart. The company’s income in 2013 was over $82 million. 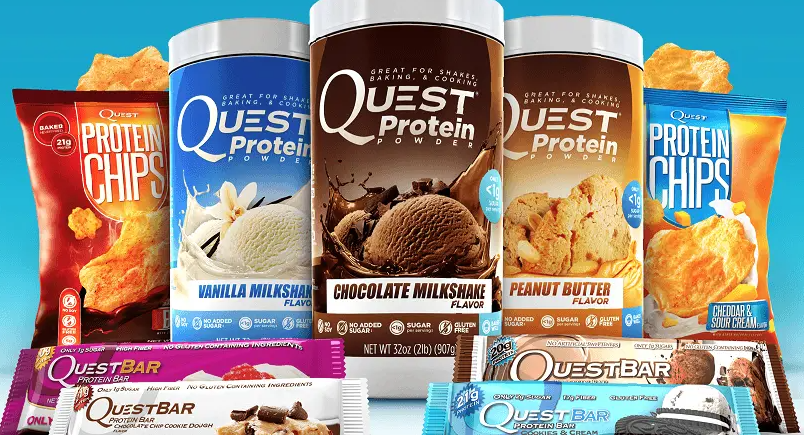 Quest Nutrition has created several series and specials such as “Inside Quest” and “Live Your Quest”. The company employs over 200 people and its revenue has grown to over $1oo million. Quest Nutrition products are sold at over 40,000 locations in over 70 countries.

In 2014, Quest Nutrition was ranked number two as the fastest-growing company in the world. Quest continues to pursue the goal of improving the metabolic processes of human beings as well as alleviating metabolic diseases.

After the success of Quest Nutrition, Tom Bilyeu decided to venture into motivational content driven by the values he had nurtured and practiced himself.

In 2017, Tom Bilyeu and his wife founded Impact theory. The company is aimed at enhancing people’s ability to perform. Through podcasts, speeches, videos, and blog posts, Impact Theory aims to help people develop their passions and cultivate good values to make an impact in the world. The company has four podcasts namely; impact theory, relationship theory, health theory, and women of impact. 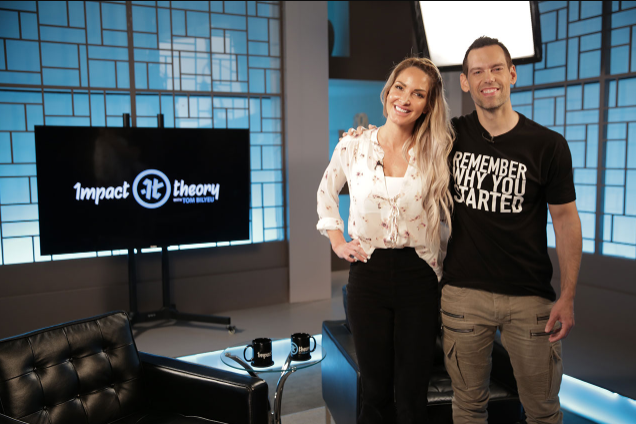 Lisa Bilyeu hosts the Women of Impact podcast and contributes to many of the other Impact Theory podcasts.

The company intends to influence the global culture to which end it has created three-stage business plans – Community Building, Incubation, and Building and Selling.

Social media is a huge reason Tom became so successful. He has over 3 million followers on all of its social media platforms. Since Tom is a motivational speaker, it makes sense that he is huge on social media because his life-changing lessons must have inspired many people who saw him on social media.

His YouTube Channel has over 2.7 million subscribers as of writing this. 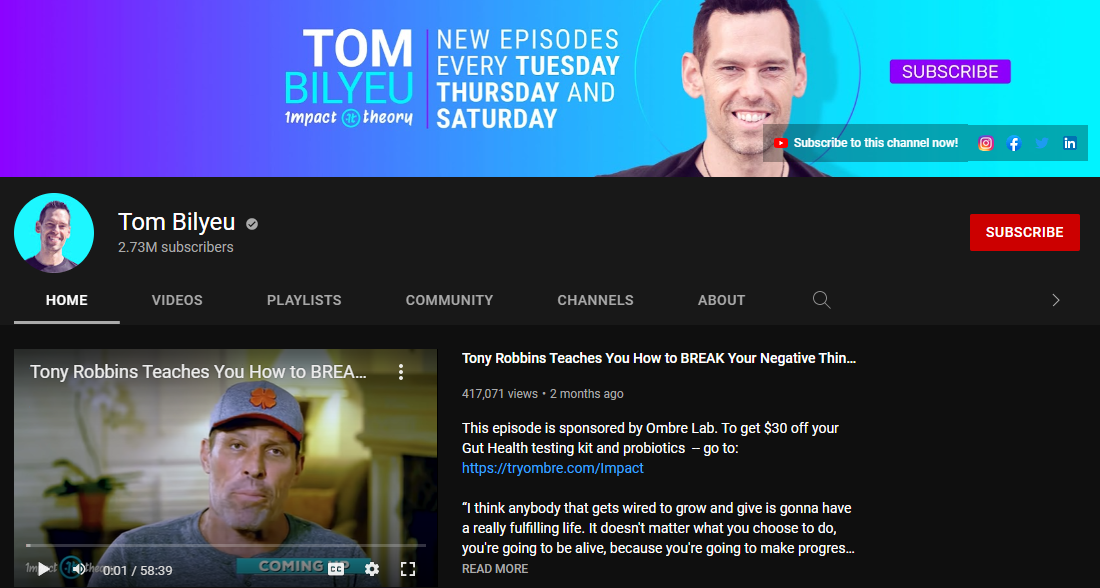 His YouTube videos have lots of sponsors, which indicates that he is influential. They are also an important part of sustaining his company and generating revenue. Tom often speaks about the power of social media and he lives by his words because he constantly implements strategies meant to maximizing his content reach maintain brand visibility.

He has had some popular guests on, including David Goggins, David Sinclair, and Sadhguru among others.

He also has a massive following on Facebook. 1.1 million followers as of writing this. 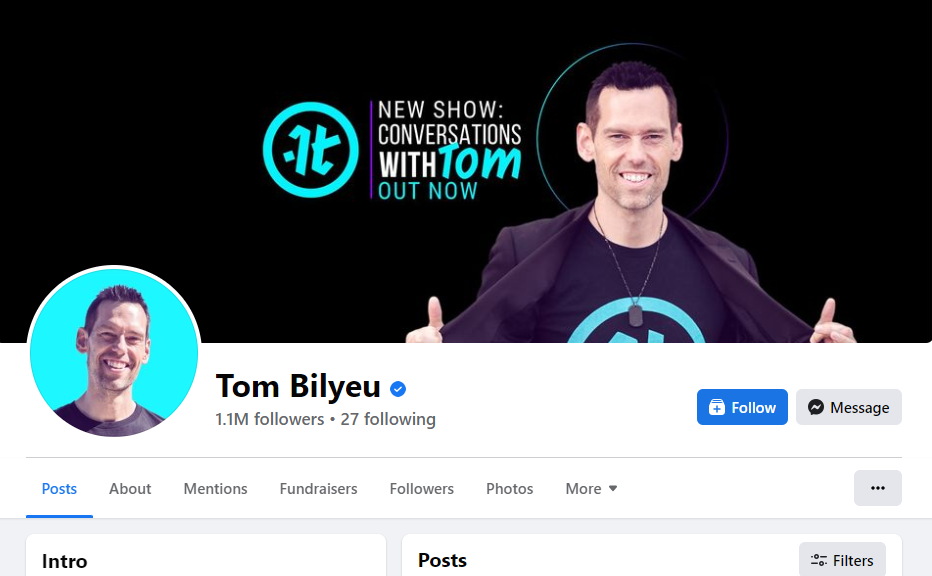 Tom Bilyeu is also in the film industry. He’s an actor, filmmaker, and screenwriter of various film and television projects. He was involved in the film called “The Brazen Bull” from 2010.

Tom Bilyeu became famous from his many appearances on television and, his weight-loss plans, and Impact Theory. Coupled with his 1.5 million social media followers, Tom Bilyeu’s reach has been massive.

In 20116, Tom Bilyeu was named the Entrepreneur of the year by Secret Entourage. In 2018 Success Magazine named him as the 25th most influential person in the world.

That is impressive from a guy whose mother assumed he wouldn’t go far in life for she viewed him as a failure. He wasn’t born an entrepreneur and showed no early signs of success.

How Tom Bilyeu Grew His Net Worth

Tom’s net worth is built mostly from Quest Nutrition, and Impact Theory. Bilyeu is also a member of the X Prize Foundation created by the “Innovation Board for Peter Diamandis”. Currently, it stands at $400 million.

He owns a 20,000-square-foot mansion located in Los Angeles.

Tom Bilyeu’s net worth was grown because he has worked hard and implemented successful strategies. He’s also benefited from having a supportive wife who has been part of the journey. Needless to say, growing his net worth hasn’t been all smooth sailing. Tom Bilyeu has had to keep up with trends in social media, find techniques to maintain his brand visibility, and find ways to tackle society’s problems. It’s through this that Tom Bilyeu’s net worth has grown to what it is now.

From humble beginnings to one of the most disciplined people with a big net worth to back his efforts, Tom Bilyeu’s story is a real inspiration. He has proven that you can achieve anything and amount to something despite your past. He has mastered the art of using the problems he or society faces as a stepping stone. For example, when Tom founded Quest Nutrition, he used his obesity and his journey to health as motivation. Quest nutrition, is a company meant to help people achieve what he achieved.

Tom Bilyeu firmly believes that human potential is limitless. He doesn’t just believed that but also worked his way to making everything better. Tom Bilyeu net worth has been a consequence of his hard work. He has also proven that you have to own your past and your circumstances; Tom has proved to be a real success despite being detested, even his own mother viewed him as failure.