Bill Bonner is a leading American author who specializes in articles on economics and a varied range of financial topics.

He had founded Agora Inc, a leading publishing company behind a number of well known newsletters such as the Kennedy Accounts, Total Wealth Insider and Strategic Intelligence, and as of now, he holds the position of the president in the company.

In addition to managing Agora, he is also a co-founder of Bonner & Partners Publishing. Several of Bill Bonner’s articles have been published in leading blogs. He also writes a daily financial column known as Bill Bonner’s diary.

Today we’re going to give you some more details on Bill Bonner and his background.

If you’re interested in a real solution for making money online check out my no.1 recommendation.

Bill Bonner is an alumna member of the University of New Mexico. After completing his University degree, he went on to pursue a law degree in the Georgetown University Law School. Bonner was diligent student and during his course he also started working at the National TaxPayers Union with Jim Davidson. 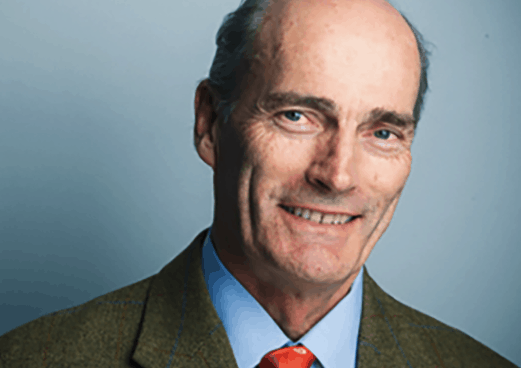 Like I already mentioned, Bill Bonner specializes in a wide range of topics covering finance and economics. In the year 1978, he conceptualized and established Angora Inc. The organization had a humble beginning as a small publishing hub based out of Washington DC. But over the time, it expanded and built its reputation as one of the biggest consumer newsletter publication companies across the globe.

Since its very inception in 1978, Bonner steadily worked to transform his small company to a multinational’ one. His gig turned out to be successful and right now, the organization has publishing offices in more than eight countries and six continents. Owing to this staggering success, Bill has received several awards including Direct Marketing’s “Man of the Year” and “Entrepreneur of the year” awards.

Almost two decades down the line, Bill founded yet another financial forecasting website by the name of The Daily Reckoning’. The site was rolled out under the collaboration of Agora Financial and it elucidates on some insightful topics related to the financial world and investment techniques. To put it simply: it transforms the complex everyday-life financial topics in an insightful and entertaining format.

Throughout his career, Bill has written many insightful articles on finance and economics. His most notable book, however, is Financial Reckoning Day’ which we had written under the collaboration of his friend Addison Wiggin. Interestingly, Wiggin is also an executive editor of the Agora Financial. This book provided some ground-breaking financial strategies and managed to gain overnight success. Over the time, it gained the status of a New York Times best seller.

After a couple of years, Bill came up with yet another book known as the Empire of Debt’. This book takes a look at the precarious position of the United States, amid the massive financial turmoil.

Bill’s most recent book is titled as Mobs, Markets and Messiahs’. This book was written under the collaboration of Lila Rajiva, and right since its publication it turned out to be yet another New York Best seller. In addition to being a best seller all over the world, this book also bagged him the GetAbstract International Book award.

Unlike many other award-winning authors, Bill does not just focus on books. He also loves writing pamphlets and short articles. During the initial days of his career, he co-authored a short pamphlet with British historian John Campbell and Lord William Rees Mogg, the former editor of The Times. Pierre Limieux is probably his most recent book of essays.

In 2016, June, Bonner paid for an advertisement in Reuters describing a relatively new law that wouldn’t allow Americans to withdraw money from their own bank accounts. The advertisement featured a photograph (of then) president Barrack Obama. On being viewed and checked, the advertisement had been labeled as deceptive for its lack of citation. It did not cite any specific law nor did it elucidate on the same.

Bill Bonner is widely popular for his conversational approach and insightful strategies. Since the establishment of Agora Financial the man has made innumerable successful ventures in some of the leading industries and communities. He is a man of diverse talents and certainly not a scam since he’s been behind some very popular and well known publications.

If you’re interested in a real solution for making money online check out my no.1 recommendation.