Perhaps you are just curious to find out whether Jeff Yastine is legit?

I have reviewed investment services offered by Jeff before so I have decided to shake things up a bit and do a review of the man himself.

Keep reading to get my honest review on Jeff.

Who is Jeff Yastine?

Jeff Yastine is a financial journalist and investment analyst who publishes articles about business and finance at Wealth Press. 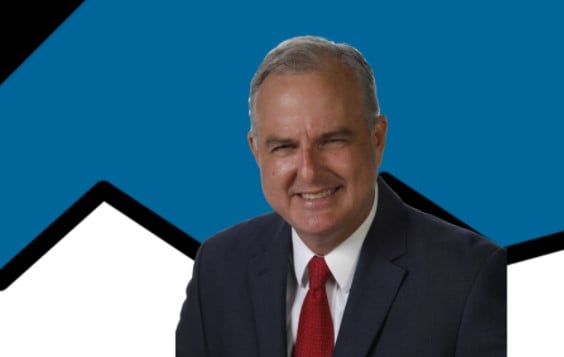 Jeff does not focus on one industry as many other experts do. Instead, he seeks to highlight the most profitable investment opportunities from a wide variety of industries. Although he doesn’t specialize, most of his work centers on small-cap growth stocks.

He is a former correspondent and anchor of the now-defunct Nightly Business Report on PBS where he worked for 16 years between 1994 and 2010.

While he was working there, he interviewed major personalities in the world of business. Among the people he interviewed are Sir Richard Branson of the Virgin Group, Herb Kelleher of Southwest Airlines, Warren Buffett of Berkshire Hathaway, and Michael Dell of Dell Technologies.

He warned investors about a looming real estate crisis in the mid-2000s and claims to have predicted the Dot Com Bubble of 2000.

He got an Emmy nomination in the Business category for shedding light on the problem of underfunded infrastructure in America.

We have encountered Yastine a couple of times on this website for his work at Banyan Hill Publishing. We have reviewed his newsletter, the Total Wealth Insider, and another publication he co-edited called Profit Line. He also contributed to Smart Profits Daily, a free newsletter that is sent out to investors every day.

What is Jeff Yastine up to?

As of writing this review, Jeff does most of his writing at Wealth Press, a boutique investment research firm ran by Roger Scott.

He is the editor of The Fearless Investor and also contributes regularly to their YouTube channel.

Yastine left Banyan Hill Publishing In July 2020 where he had been working as an executive editor from 2015. While he was working there, he edited the aforementioned two newsletters and a free e-letter.

Yastine was best known for editing the Total Wealth Insider. The goal of the newsletter was to help ordinary folk navigate the stock market without “getting ripped off by Wall Street.” Jeff wrote about relatively unknown cybersecurity companies, green energy stocks, infrastructure recommendations, and gold trades.

Total Wealth Insider isn’t on the firm’s list of premium services any more (although you can still access it via a link if you search Google). This implies that they have either discontinued it or it is edited by someone else.

I think Jeff Yastine is legit.

Before Jeff started writing newsletters and articles, he spent years working as a financial journalist and editor. As I have already stated, he was a correspondent and anchor for the PBS Nightly Business Report where part of his job was interviewing important people in the business community. This included CEOs of big companies, market analysts, policymakers, and economists.

As he was working there, he learned a great deal about the stock market, including how to spot trends and how to react to different news stories because his job exposed him to that kind of thing every day.

He was nominated for a Business Emmy Award in 2007 for reporting about America’s underfunded infrastructure. He also covered the oil spill off the Gulf of Mexico.

All in all, the point I am putting across is that owing to his experience, Jeff Yastine is qualified to be giving investment advice.

Jeff Yastine is a professional investor, investment analyst, market commentator, and former business journalist. He has been involved with the financial services industry for more than 25 years.

He rose to prominence as a business correspondent and anchor for the Nightly Business Report, a program that used to air on PBS. As part of his job, he interviewed policymakers, CEOs, and business magnates.

He joined Banyan Hill Publishing in 2015 as an executive editor. He published two premium newsletters and one free newsletter but as of writing this, he has already left the firm.

He now works for a company called Wealth Press. He also runs a YouTube channel and is active on social media. He still writes and talks about the stock market and the economy.