I’ve been taking a closer look at MakeItViral to see whether it’s a coin I would want to invest in. To learn more about it keep reading my review below to get more details.

If you’re looking for a real solution for making money online check out my no.1 recommendation.

Here’s the latest review of a cryptocurrency / ICO which is what I am focusing on lately seen as its a hot trend. I’ve already reviewed the likes of BitConnect, EthConnect, Cashaa and a bunch more. Some are legit and some are scams but one thing for sure is you can expect only an honest review of any product, service, coin or anything for that matter! 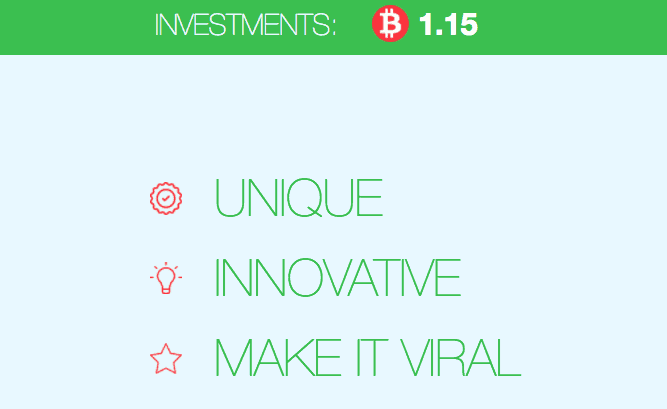 Let’s get into the details on MakeItViral…

If you are into cryptocurrencies as a participant or even as an enthusiast, then you have quite a few reasons to find this article interesting and informative. Over the past few years there has been a phenomenal rush in the number of cryptocurrencies that have entered the market.

It all started on a small not with Bitcoins but there has been a rush of ICOs or Initial Coin Offerings.

If we look up the internet or follow other sources of information, it is quite obvious that we will come across many ICOs being announced by dozens of entrepreneurs.

In this article we’ll look at MakeItViral which is a new ICO (initial coin offering).

Basically when we talk about Make It Viral or MIV, we are referring to a unique video sharing platform.

It perhaps resembles the various social media sites which we use on a regular basis. However, here the users who use MIV would most likely have a very unique and different experience. Lot of effort has been put in developing this platform. The main objective was to remove the various defects. This was done keeping in mind the various other video sharing platforms. Further the platform has been developed considering the fact that all kind of users would certainly have benefits which are more or less ensured or guaranteed.

It Is All About Blockchain

The platform is entirely dedicated to furthering the cause of blockchain.

This is because the promoters who started this platform believe that the future lies in blockchain.

It is unlikely to get into competition with TVOD or SVOD models. On the other hand experts who are following this platform closely believe that it will be in direct competition with Twitch/YouTube. Bold claims right?

The day may not be very far off when a significant numbers of viewers and users of YouTube and Twitch could be those who are following Make It Viral.

It Could Be A Free Form Of Advertisement

It also would be pertinent to mention here that over the years it could become a free form of advertisement. There perhaps will be thousands who will use this video sharing platform and they will share videos and also will be voting and posting likes and dislikes.

The Future Looks Bright For MakeItViral

At the end of the day any video sharing platform or for that matter any business would be judged on the kind of revenues it is able to make and the kind of bottom line it is able to present to the investors and other stakeholders.

How MIV Tokens Could Help

If you invest in MIV tokens as a stakeholder and make use of the video platform, you could stand benefited in more ways than one.

You will be able to watch videos freely without being disturbed by those annoying advertisements in between.

Furthermore there will be a ranking system which could help viewers to grab attention to those videos which get ranked higher through this method.

Hence, when one takes into account all the above factors, there are reasons to believe that it will be useful for those who wish to look at unconventional yet legal ways to make money and share their services and products across a wide area using one of the most effective video sharing platforms.

After taking a closer look at Make It Viral I believe that this is a potentially good project but it’s not something that I would personally want to invest in. I’m a big user and believer of YouTube and to be honest I don’t see a newbie coming into a space that is already dominated by YouTube and actually having a lot of success. Let’s face it, you have other companies that have tried to enter the space like Vimeo and whilst they are “successful” they are nowhere near as successful as YouTube (the global standard in online video).

If you’re looking for a real solution for making money online check out my no.1 recommendation.