It is a presentation in which he talks about a new movement in Middle America where manufacturing is slowly coming back with the help of one important technology.

In this review, I will walk you through the presentation and, hopefully, you can form your own conclusions about Paul Mampillys message.

Introduction to Remade in America

Remade in America is a presentation by Paul Mampilly where he conveys the idea that a large number of once-closed American factories are now reopening. He says that up to 73,000 closed factories that are reopening may hire a projected 63 million American workers. 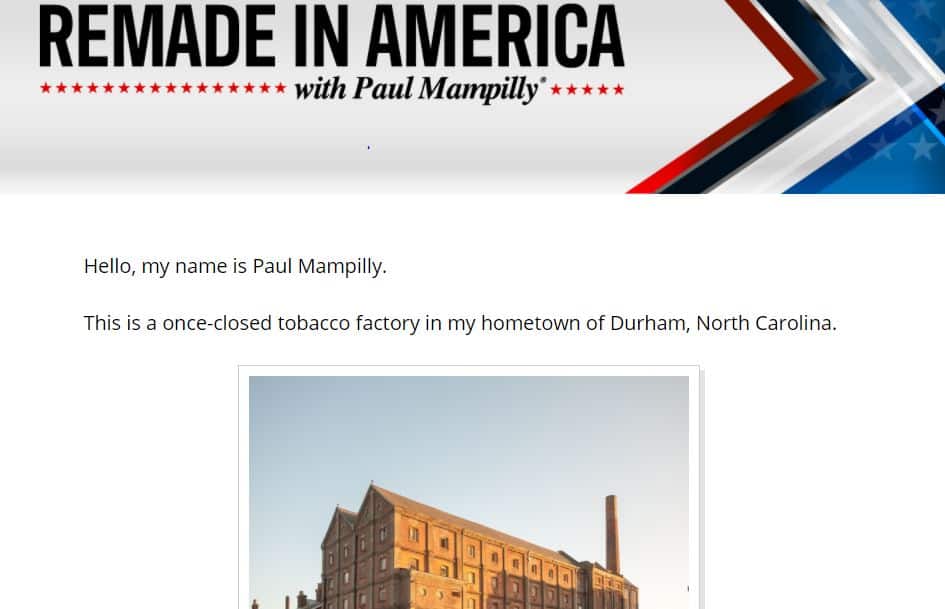 And this movement will be aided by a new technology: 3D Printing.

He says that 3D printing will replace assembly lines and make the manufacturing process easier and more efficient.

According to Paul, this will revive the American dream and rebuild the middle class. He says that with the aid of 3D Printing, American companies will start making more electric vehicles, space vehicles and equipment, and American hospitals will develop and test regenerative treatments for diseases like COVID-19, cancer, and more.

He says that these three sectors (space race, precision medicine, and electric vehicles) are a tip of the iceberg because there could be more than three dozens of America’s biggest industries that will emerge, creating a $100 trillion economic boom.

Who is Paul Mampilly?

Paul Mampilly was just 18 years old, he left his native country, India, and moved to America. He came to the country believing in the American Dream. He believed that one can achieve everything with hard work, grit, and determination.

He had a career in Finance, working for some Wall Street firms and hedge funds before retiring at the age of 45.

Now, Paul uses what he learned during his time on Wall Street to show hardworking Main Street Americans how to build wealth. For example, he claims that his insights could have helped turn as little as a $500 starting stake into $200,000 in only four short years for many of his followers.

Why did Paul Mampilly release the Remade in America presentation?

Although Paul spent most of the runtime in the presentation talking about 3D printing and how it will revolutionize the manufacturing industry, he was selling a newsletter called Profits Unlimited.

He did that by creating a special report that has further details about his ideal pick (Proto Labs). The report was titled ReMade in America: The No. 1 Tech Stock for America’s New Industrial Revolution.

He also promised to send you free copies of a few special reports with more investment opportunities. They include:

Is Remade in America Legit?

Yes, Remade in America is a legit presentation that Paul uses to share his ideas about a possible manufacturing revolution in Middle America. He also pitches a newsletter and teases a 3D printing stock and there’s nothing illegitimate about it.

That being said, you should take his words with a grain of salt because nobody can promise massive gains in a very unpredictable market.

Remade in America by Paul Mampilly sells the idea that investing in 3D printing companies is a good strategy. There is some truth to that because some companies within the niche have grown considerably over the past few years.

However, you should temper your excitement because the industry is still developing. There may be potential as Paul asserts, but you should approach it with cautious optimism.

As for his newsletter, you should objectively do more research before you decide to sign up for it. Ensure that it matches your individual strategy because, in the end, this is a follow-along advisory that offers general advice.