The Outsider Club, an independent financial publishing company, has been promoting a pitch by one of their editors (Jason Simpkins) titled “The SpaceX Killer.”

Jason Simpkins believes that since one of SpaceX’s cofounder just left Elon Musk to work for a tiny company, he must have seen something ominous. Jason says that the tiny company may dominate the space race and people who invest in it could earn up to 8,933% in positive gains.

Let’s go through Jason’s pitch to understand his justification for saying this and determine whether his argument and proposals are viable.

Introduction to The SpaceX Killer

Jason Simpkins says that a group of individuals who were holding top-level positions at companies like Tesla, Apple, Amazon, and SpaceX recently left their jobs to join a little known company in the space industry.

He sees this as an indication that there’s something to this company that prompted them to make the move and says that there could be a lucrative opportunity if you invest in the company. 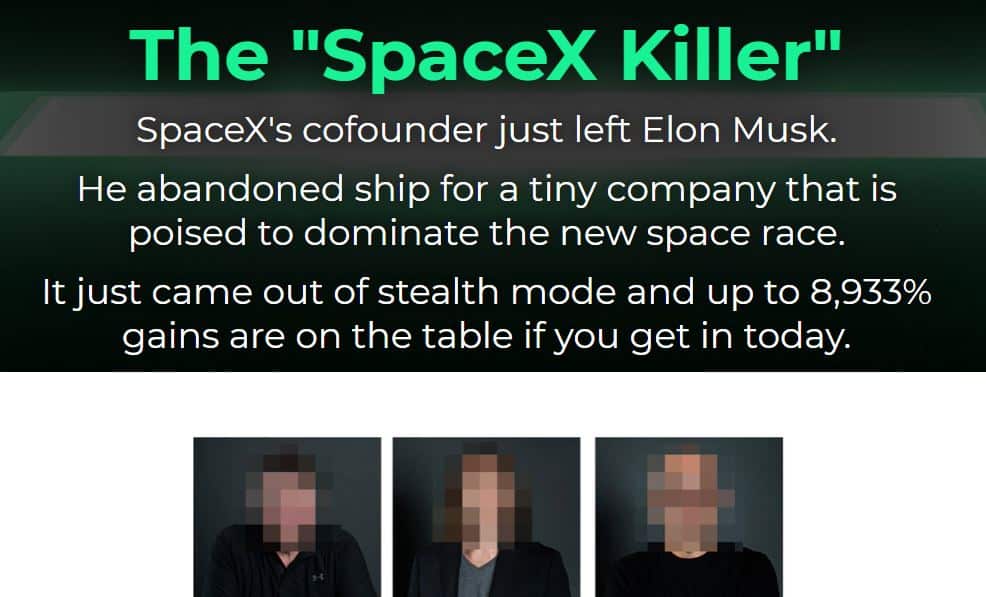 The Space industry has been getting a lot of media attention. Earlier this year, Jeff Bezos and Richard Branson made history when they went on space flights and came back. Although their flights were short-lived, they opened people’s minds to the possibility of civilian space travel.

If you recall, when Trump was president, he formed the Space Force. This was seen by many as a sign of how government perceives space and the possibility of Spatial exploration.

To say the least, the Space industry has been on people’s minds.

Within this industry, people see the investment opportunities that they can capitalize on too. A while back, I encountered and reviewed a presentation by Paul Mampilly where he was saying that The Race to Mars is Underway and investors ought to brace themselves for the opportunities.

Therefore, what Jason Simpkins is suggesting is not a farfetched idea. Rather, it is something that many people have been mauling over (not necessarily his stock of choice).

Given the fledgling nature of the Space industry, Jason says that early investors will have the opportunity to grow their wealth much like early backers did from the internet boom at the turn of the century.

And he has his eyes set on one company that all those top-level tech experts defected to.

Rather than invest in the more well known players within the space industry, Jason opts for a relatively unknown company that deals with nanosats.

A Nanosatellite or nanosat is a small satellite that is designed to reduce the often substantial economic cost of launching vehicle.

The term “nanosat” refers to an artificial satellite with a wet mass between 1 and 10 kilograms (2.2 and 22 lb). 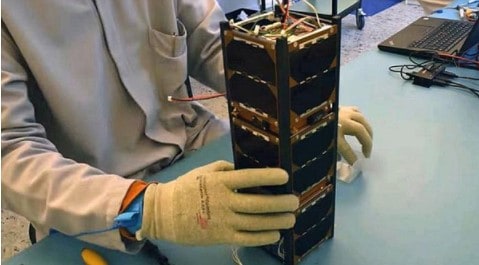 Jason Simpkins correctly points out that technology has advanced in leaps and bounds since the era of the cold war. Case in point, he quotes NASA’s director of engineering Pete Klupar who said that an ordinary smartphone has a faster processor and better sensors than most of the older satellites circling the Earth.

And this explains why nanosats are possible.

There have been nanosats the size of a half-dollar coin. One thin that works for them is that they are cheap and they can be built faster. For example, some nanosats can be built in a day instead of months.

Since costs have fallen so low, more companies and startups can afford to operate fleets of these spacecrafts.

But that creates an opening for a company that will launch these satellites.

And that’s where Jason’s company of choice comes in.

Seeing as anybody can launch a satellite, there is demand for transportation services; rockets.

SpaceX has revolutionized this niche because it has come up with with ways of making the process as cheap and efficient as possible.

It has a “ridesharing” model where small satellites hitch a ride on a big rocket. This model is great for big payloads but inefficient for smaller ones.

If you want to put a nanosat in orbit and SpaceX is your transport, your nanosat will be dumped off at the same place in space and you have to navigate your nanosat to its destination orbits.

Jason Simpkin says that a company from Alameda is making small rockets that cater specifically to small payloads, a $271 billion market.

Its rockets are smaller because they are 39 feet tall, six times smaller than SpaceX’ Falcon 9. But rockets that small can be built faster, which gives the little company an advantage.

These smaller rockets are also suited to smaller payloads because they can drop off individual satellites in different, specific orbits on the same launch. This gives the company an advantage over SpaceX when it comes to nanosats because operators prefer their rockets.

I suppose this is what led Jason Simpkins to label this company “SpaceX Killer.”

Jason Simpkins wrote everything about it in a report called The New Space Age: An Exclusive Guide to a $1 Trillion Opportunity. 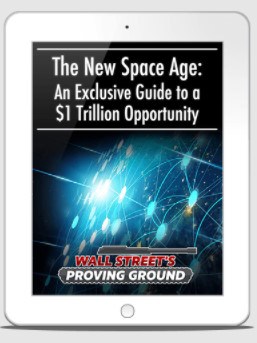 In the report, he has documented everything he thinks you ought to know about the Alameda-based space company.

You can get a copy of the special report by subscribing to Jason Simpkins’ Wall Street’s Proving Ground. It is a newsletter that is published by the Outsider Club.

Who Is Behind The SpaceX Killer?

The SpaceX Killer presentation was put out by Jason Simpkins, who works as an editor for the Outsider Club.

Before he joined the Outsider Club, Jason served as Investment Director and Managing Editor for other publishing companies like Angel Publishing and The Agora Publishing.

Jason Simpkins writes and edits articles for oilandenergydaily.com. He also reports and analyzes financial news, editorial projects, and much more. He has made a career out of predicting massive new trends.

Needless to say, Jason Simpkins has many years of experience in finance and this time, he has identified one unique space investment opportunity which he has uncovered in The SpaceX Killer.

Wall Street’s Proving Ground is a newsletter by Jason Simpkins that is published by Angel Publishing.

When you sign up for it, you get a copy of the special report titled The New Space Age: An Exclusive Guide to a $1 Trillion Opportunity.

Jason Simpkins says that with more satellites going into orbit, the global space debris market is set to gro. He mentions that this market is projected to reach around $2.9 billion in 2022. 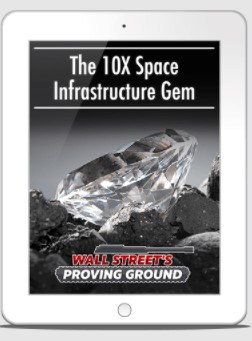 Jason has found a company that’s inventing a robotic arm that will be able to pull out dead satellites and other debris as well as salvage stranded spacecraft.

This report highlights the fact that one of the biggest challenge for satellite makers is the harsh environment in space. 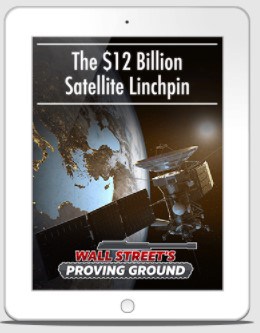 Satellites are constantly bombarded by cosmic rays that can penetrate the surface and destroy sensitive electronics. To survive this, electronic components for satellites have to be specially made.

Jason has found a company that makes specialized components so that the satellites can withstand the harsh conditions in space.

Other benefits that come with the newsletter are:

One year of Wall Street’s Proving Ground costs $99. Alternatively, you can pay for two years for $179.

If you opt for the two-year plan, you get two extra special reports:

Is The SpaceX Killer Legit?

I think the SpaceX Killer presentation is legit.

Jason Simpkins is not the most famous newsletter editor out there but he is legit. He has a track record of being in the know when significant events are happening in the stock market. For example, at the height of the Global Financial Crisis, he wrote extensively about the debt crisis and later led major investigations into the oil market and the Chinese economy.

I can’t tell you whether the space company he is teasing will do well because predicting the market is hard, if not impossible. But from early indications, the space industry appears to be moving in the right direction and who knows, Jason’s recommended company may be one of the top performers.

The SpaceX Killer is a presentation about a rocket company that will rival SpaceX in the space launch business. Jason Simpkins believes that this company will be better suited to smaller payloads than SpaceX. I think that’s why he calls it the “SpaceX Killer.”

Realistically, SpaceX is not under any threat from it because it is an established company with a solid track record. It is also not short of clients. So, Jason just mentioned it to get peoples’ attention.

Will his recommendation come good? As I mentioned earlier, it is hard to tell because the space industry is still fledgling and there are a lot of unknowns. However, I think it is worth checking out.