Alex Koyfman believes that we are about to see a “climate war” erupt that will create a $2.5 trillion opportunity for life-changing gains.

He says that a major event will happen on November 1, 2022 that will make the investment opportunity soar and with the right trades, investors will stand to profit.

Let’s take a closer look at what Alex Koyfman is referring to and hopefully, you can get a better understanding of the investment opportunities he is touting in this piece. Keep reading to learn more.

The End of Plastic Review

Introduction to The End of Plastic

Alex Koyfman’s presentation centers on a “climate war” that he says is going to create a $2.5 trillion investment opportunity.

He starts things off by talking about the Paris Agreement, which is a legally binding international treaty on climate change that was ratified by 196 Parties on 12 December 2015. Although it is legally binding, there is no enforcement mechanism that would force the members to take certain actions. 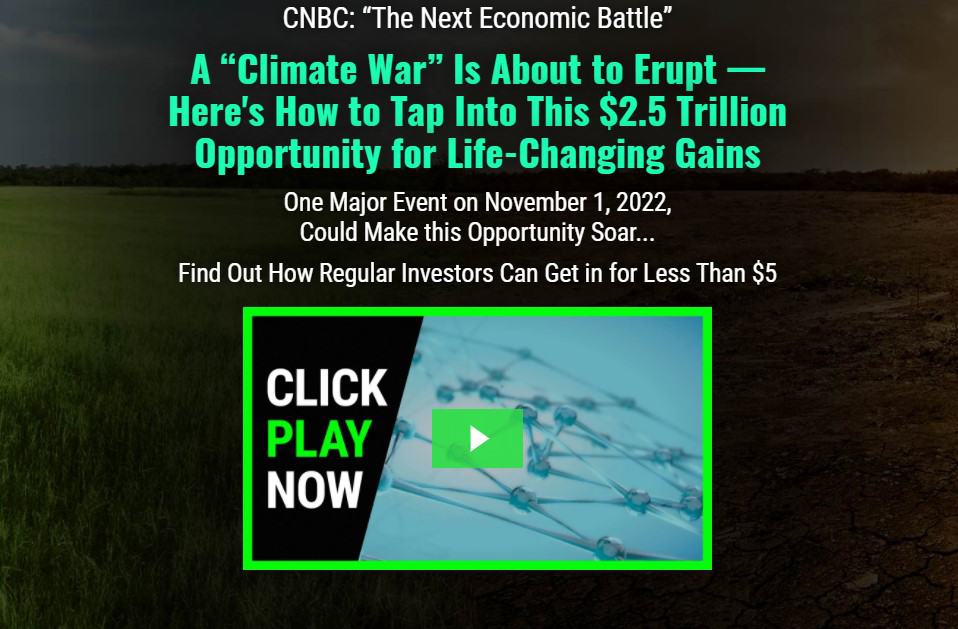 Alex says that this has created a problem because we are not meeting the targets set in Paris yet there is no way we can force countries to abide by the agreement.

Koyfman suggests that some countries may decide to impose carbon tariffs on their counterparts to force them to act and this is what he calls a “climate war.”

Meanwhile, he says that plastic is one of the most energy-intensive materials to produce that’s contributing to over 200 MILLION tons of carbon dioxide being pumped into the atmosphere annually.

And that’s where Alex Koyfman shifts gears and starts talking about a little-known company that has developed a solution against the disastrous effects of plastic.

This is what he says about it, and I quote:

And that essentially vanishes from the face of the Earth in as little as 35 days, leaving no waste and emitting practically no carbon.

To achieve this remarkable feat, this company designed its own plant-based resins in cooperation with the University of British Columbia.

I’m talking about a 100% biological plastic alternative that uses no fossil fuels at all and that’s fully compostable within a few weeks.

These resins are used to create so-called polymers.

He says that the company has developed a bioplastic that took five years and $35 million. He adds that all this money was invested in the firm while it was still private because they saw its potential.

The company has 10 patent applications already filed which gives it a formidable moat around its proprietary technology. This is something that many investors like to put into consideration while evaluating a company’s future.

Although the company was initially just creating a better plastic for coffee pods, Alex Koyfman believes that their bioplastic has applications outside that and could potentially replace plastic.

Here is what he has to say about that:

This company is not simply about coffee pods.

Even though this is an extremely profitable $29 billion market, coffee pods are just a showcase of this company’s ability to produce a high-performance plastic alternative.

It’s aiming at the much bigger global plastic market, which is valued at as much as $579 billion.

With a market cap as small as this company’s, it has to capture only a tiny fraction of all this cash to go parabolic.

And a lot of much bigger companies have already asked this firm for help. Grabbing a significant stake of this sector should be a piece of cake…

In fact, the company’s president recently revealed that it has receiving a lot of calls from big brands to use its product.

So, the company already has willing companies that will pay for its product; another good sign for investors.

But, don’t forget that Alex put a timeline for when he expects the company to start going up. He says that November 1, 2022 is an important date.

Why? Because that’s when the next international climate summit will likely happen:

That’s when a conference called COP 27 is taking place…

It’s the U.N. Climate Change Conference of the Parties, a gathering of the parties to the Paris Agreement.

As soon as one major industrialized country announces the enforcement of carbon tariffs, other countries will jump on the bandwagon.

In a nutshell, what Alex Koyfman is saying is that this company has huge upside potential and you should invest before the next climate summit takes place.

Alex Koyfman has written a special report titled The End of Plastic — Retire Rich on the Company Saving the World. 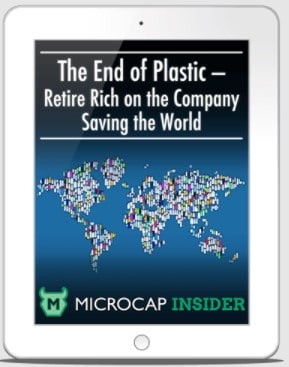 In this special report, Alex Koyfman has uncovered every detail necessary to invest in the company including the name and ticker symbol.

You can get this report if you subscribe to Microcap Insider.

Who is Alex Koyfman?

Alex Koyfman is an investment analyst who started investing in his early 20s.

Since then, Koyfman has established himself as a highly informed, well-connected, and active investor. In his professional trading, he specializes in opportunities in the American and Canadian microcap markets.

Alex Koyfman writes about the markets in his newsletters — First Call and Microcap Insider — which are both published by Angel Publishing.

In both newsletters, his goal is help you find overlooked and under-bought technology, biotech, and resource stocks. He shares his insights with his readers to enable them find the best investments that can deliver returns.

Alex Koyfman was born and brought up in Moscow, Russia before moving to the U.S. to fulfill his dreams. He has a BA in English Literature from the University of Maryland. Alex attended Law School but he never pursued a career in the legal industry, instead choosing to concentrate on trading.

How Does The Microcap Insider Work?

The Microcap Insider is an investment advisory service that is published by Angel Publishing and edited by Alex Koyfman. The main reason he did this presentation was to pitch the newsletter.

He has promoted it in similar fashion in other presentations like Oil Killer, Mental Netflix, and The Most Hated Metal In The World.

Once subscribed, you will receive the following benefits…

What’s more, you will get two special reports that include additional investment opportunities.

Netflix for the Mind: A Trillion-Dollar Consumer Tech Revolution

This report was the subject of a presentation by Alex a while back that was called Mental Netflix.

The whole idea is that there is a small company that is developing a world-changing consumer product. In developing the product, the company worked with medical technology that they turned into something users will be excited by.

In this special report, Alex reveals the tricks that enable you to recognize all the pitfalls of the most lucrative kind of stock trading. You can think of it as a manual of his approach to investing.

He also believes that it is essential reading if you are going to sign up for the Microcap Insider because he explains how the service works.

And, there are no refunds once you join, as stipulated on the sales page:

Limited-time, guaranteed-lowest-price subscription offer: Please sign me up for one year of full access to Microcap Insider at the lowest price possible of just $1,999 for an entire year. I understand that I have 90 full days to see if Microcap Insider is for me. And if I decide to cancel during that time, I’ll receive a full refund, no questions asked.

Is The End of Plastic Legit?

Alex Koyfman’s presentation about The End of Plastic is legit.

First, I think Alex is a legit investment guru who has been working in the investment industry for many years. He has been writing about his investment insights through his newsletters and he has made a few presentations touting his advisory services.

On top of that, what he says about the climate makes sense. Therefore, I see nothing that is out of the ordinary about his sentiments with regard to the measures that countries are willing to take to tackle climate change.

That being said, his investment recommendation is not a nailed-on success as he at times seems to imply. Since he is selling a newsletter, it makes sense that he decided to take this approach so the best thing to do is take it with a grain of salt.

The End of Plastic Verdict

Alex Koyfman claims to have found a little-known company that will present us with the solution to the problem of plastics and in doing that create a $2.5 trillion investment opportunity.

I should remind you that he is talking about a small company (the kind that he writes about in his Microcap Insider newsletter). Therefore, there is risk involved, which even he acknowledges in the presentation when he says:

It’s important you understand that this is a highly speculative bet. Never risk more money than you can afford to lose.

But with the potential we’re facing here, even a small stake could easily grow into a sizable position.

This means that yes, it may do well, but probably not on the level he says it will. To be fair to him, most of what happens in the penny stock market is speculation because you can never be certain with these companies.