Wondering whether he’s the real deal?

Today I’m sharing a write up of James Dale Davidson to give you all the details including his background, career and what he has to offer you right now.

If you want a real solution for making money online check out my recommendation below.

Who Is James Dale Davidson? 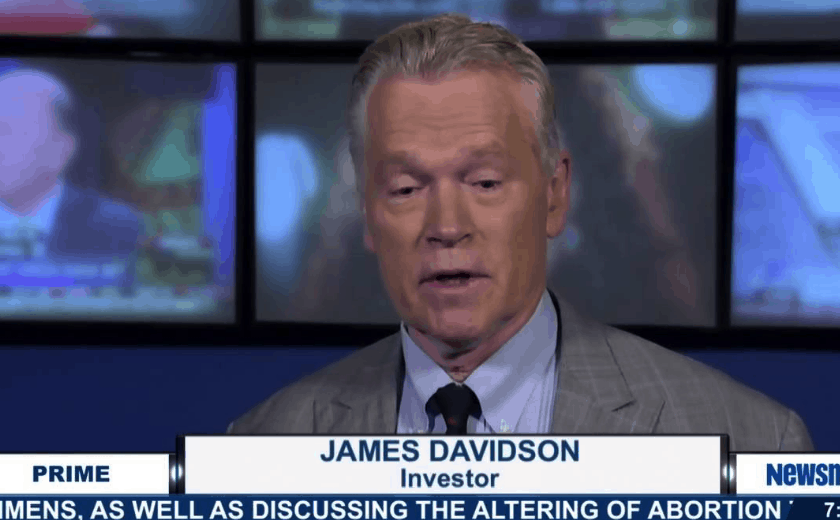 James Dale Davidson is an American writer and private investor. He specializes in the domain of economics and finance. Davidson had a successful career as a financial advisor, and in the year 1969, he established the National Taxpayers Union. This platform claimed to be the �Voice of American Taxpayers’ and its primary goal was to mobilize the elected representatives and general public for lowering wasteful spending, ensuring individual liberty and fostering free enterprise. A couple of years later in 1978, he collaborated with Bill Bonner in establishing Agora Inc, which is yet another leading publishing platform that claims to help Americans know and understand their tax rights. In case you’re looking to more about him, here’s a complete James Dale Davidson review.

James Dale Davidson was an alumna of the Oxford University. He pursued an undergraduate degree in the institution. As of now, we aren’t aware of any additional details about his education.

Currently, Mr. Davidson holds the position of Co-Editor in the department of Strategic Investment at Banyan Hill Publishing. We have actually reviewed a number of newsletters and publications from Banyan Hill such as Kennedy Accounts and Freedom Checks 2018. He retired from the world of investment in the year 2004, only to eventually return to the firm. Mr. Davidson has spent a significant part of his life discussing about an overreaching government. He is best known as an economist and financial predictor, who allegedly predicted every significant financial event since the last thirty years.

In addition to being actively involved with Agora and the National Tax Payers Union, he also happens to be the Director of Dataram Corporation. He held this position recently, since 23rd May, 2017. James Dale Davidson also happens to be a founding member of SACS department of Beaverton LLC (2015, the founding director of Vamos Holdings (2012) and the Chief Managing officer of Solar Avenir (2016). In the year 2016, he held two additional positions as the founding director of Telometrix and the Managing Committee Member of GoldRock Resources.

In addition to being a financial advisor and holding several positions of immense importance, Davidson also authored and co-authored a couple of books on economics and finance. His first book, titled “Blood in the Streets: Investment Profits in a world gone mad” focuses on the various ways in which remarkable global events can be interpreted in the context of a proper investment strategy. His second book titled The Great Reckoning is written under the collaboration of Bill Bonner and this one too focuses on the various investment strategies that are still unknown to several Americans. Other books credited to his name are New America and Breaking Point. Both these books focus on the ways in which Americans are being duped and the ways they can adapt in order to battle out the rising financial insurgencies.

Over the next couple of years, Mr. Davidson wrote several articles for leading dailies like Investopedia and Bloomberg. Finally, in the year 1984 he wrote an investment newsletter about strategic investment with the collaboration of William Rees Mogg. Right since its very first publication the newsletter took the financial world by storm because of the ground breaking theories it recommended.

Although there isn’t much controversy credited to his name, Mr. Davidson gained a massive popularity when he openly talked about the treachery of government institutions. His insights took a greater shape in the year 1989, when he testified before the Means Committee and the House Ways against the dangers of several government sponsored enterprises, namely Freddie Mac and Fannie May.

Mr. Davidson is widely popular for the financial predictions he has made. Almost all his predictions have been seen to be unbelievably true. Over the last couple of years, Mr. Davidson has helped several investors enhance and protect their wealth and overall profits these uncannily accurate predictions. Among his predictions, the most important ones are the fall of Soviet Union, Berlin wall and the sudden, unprecedented rise of Islamic terrorism. The recent financial and bank bailouts are his very latest predictions. Mr. Davidson also claims to have discussions with Steve Forbes, George Bush, Henry Kissinger and Margaret Thatcher. Boris Yeltsin and Sir Roger Douglas other relevant people he convened with.

Interestingly, although Davidson has written many books assessing economic analysis, he does not have any conventional university degree in the field. In addition, none of his works have been published in a proper peer-reviewed magazine/educational journal.

All in all it is clear that James Dale Davidson is someone who is well respected and has been around for many years. He rubs shoulders with respected people in the field of finance and has stood the test of time. It should be obvious that he is not a fraud or a scammer and someone who we can probably all learn a lot from.

If you want a real solution for making money online check out my recommendation below.