Looking for a John Crestani review?

Let me guess, you watched one of John’s adverts on YouTube and now you’re wondering if he’s legit?

However you found him, you’ve come to the right place because I’m sharing my honest John Crestani review.

Here is what I’ll cover inside this review of John Crestani’s:

Who Is John Crestani? 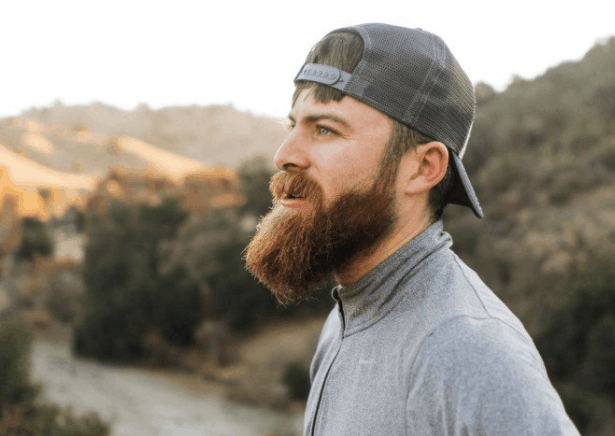 I’ve personally been seeing him all over on YouTube ads and I’m sure you have too.

That’s actually one of the reasons I’ve decided to put together this article about him because he seems to be everywhere lately so I thought you know what, I bet there’s some people looking for more info on him, so I might as well be the person to provide that info.

John is a well known affiliate marketer and lately he’s been in a number of publications such as Forbes and Business Insider.

He’s an internet success story who went from rags to riches thanks to affiliate marketing and now he teaches others how he makes over $500k a month. Pretty impressive figures I must admit!

Internet Jetset is a company and a course that John Crestani has created to teach others.

I recently contacted John actually as I wanted to speak to him and much to my surprise John Crestani was happy to chat via Skype.

As it turns out John is a really nice guy and someone who wants to help.

I shared these positive things about John and his training in my Super Affiliate System review also.

What Does John Crestani’s Course Offer?

John Crestani’s IM Jetset course is $47 and provides information on how to market through Facebook and Amazon to make money as an affiliate marketer.

However his Super Affiliate System 3.0 course is $997.

So his pricing really varies depending on which product you actually access, however from my understanding and after personally reviewing John’s products the Super Affiliate System offers more in-depth training.

Of course with the higher priced product you are going to naturally get more value which makes sense.

Internet Jetset teaches you how to be an affiliate marketer which is essentially selling other peoples products and earning a commission. Often with digital products commissions can be anywhere from 25% to 75% or more.

In my opinion affiliate marketing is the best way to get started online because it requires minimal investment and no physical stock.

There are up-sells for people who want extra information.

This is standard with these kind of products and actually across many different niches. So don’t be put off by the extra products, they are definitely optional but you should take a look.

After you enrol in Internet Jetset and go through the training you can actually become an affiliate if you want to.

This means that you can apply the training you learn to reselling the Internet Jetset course and earn 60% commission as an affiliate.

Since it’s a high quality product this is definitely a good option for you to take and you can apply what you learn in the training to make more sales.

I’ve reviewed 100’s of systems for making money online and I can tell you from my vast experience that John is not a scammer.

An example of products that are flat out scams that I have exposed recently are CMES System and Profit Point Autonomy, neither of which appear anything like John’s offer.

I don’t really like to even mention the word scam when it comes to legitimate people like John Crestani however I know that there are many people wondering this so I feel like I should address it to make it clear.

John Crestani is a legitimate marketer and I will happily recommend his products.

Unfortunately when someone comes up in this world there are always others ready to bring them down.

Especially since John has done a lot of marketing on Facebook and YouTube and reached a wide audience.

It’s similar to Tai Lopez who spent a lot of money on YouTube ads to promote himself and people hate the guy calling him a scam even though he’s not since he actually offers very good programs like his Real Estate Flipping Program and Amazon Sales Blueprint courses as well as the dozens of others like his SMMA 2.0.

I do think that people have come around to Tai now since he has stood the test of time and I believe people will do the same for John too in time as he is proving himself!

The same has unfortunately happened for John, the mass exposure has also caused some people to label him a scam.

However I am sure he’s not bothered since he’s making so much money, over $500k a month according to some sources I have seen.

After looking at all the information there is no reason you shouldn’t trust John.

He’s a quality marketer who has build a strong brand and a very profitable online business.

He’s someone who I will certainly be following and learning from in the future alongside other “digital” mentors I have.

Furthermore, I’ve personally spoke with John via Skype and I am happy to recommend his products.

He has helped me with my own online business and spent his valuable time to give me advice without me spending a penny with him, so yes John is the real deal and I’m sure his Internet Jetset program can help you.

If you still are not convinced by John Crestani perhaps you should take a look at my “no.1 recommendation” below which I rated no.1 out of over 600 systems I have personally reviewed and tested for making money online.

Who Is John Crestani?

John Crestani is the founder of Internet Jetset. He is an online entrepreneur who has been featured in numerous well known publications.

What Is IM Jetset?

IM Jetset is a training program created by John Crestani which teaches people digital marketing strategies to earn a living.

John Crestani appears to be a legitimate entrepreneur. He is a well known entrepreneur who has been featured in numerous publications. and also appeared on national television.

How Does John Crestani’s Program Work?

John Crestani’s IM Jetset program focuses on affiliate marketing. As a member you will receive access to the members area where the content is delivered mostly via video.

How Much Does IM Jetset Cost?

John Crestani’s IM Jetset costs $47 however there are additional programs offered at a higher cost. John also has another program that retails for $997.