Outsider Club released a pitch that was presented by Luke Burgess, one of their investment analysts, about a “Super Fuel” that he claims will revolutionize the energy industry and, of course, make shareholders rich.

Luke claims to have discovered a “secret NASA super fuel” that can “power 95 million homes in America.”

The “unusual and eco-friendly super fuel technology” has already started soaring with a 12,200% growth surge. Investors, on the other hand, stand to earn up to 1,900% in profits and it has nothing to do with nuclear, hydrogen, natural gas, or lithium.

Today, we will be taking a closer look at what it is all about as we learn more about Luke Burgess’s proposition.

Luke Burgess Super Fuel presentation centers on what could be a new, explosively profitable era in energy history. It’s all about a relatively unknown super fuel technology that Luke believes could soon aid America’s transition to a clean energy future.

Pitches about new technologies or fuel sources that will alter the energy industry are commonly done by newsletter folks. We have already seen a few of those published before and reviewed them here, including TriFuel 238 by Keith Kohl, OBL Fuel (New $7.2 Trillion Economy), and David Fessler’s Liquid Electricity.

A common theme with each of them is that they center on relatively unknown companies that are behind some innovative new technologies that have the potential to revolutionize the energy industry. Luke Burgess’ presentation is no different in that sense although he does raise a few interesting points that are worth considering, which we’ll cover.

First, Luke Burgess points out that as the Biden administration pushes for climate change reforms, renewable energy sources are front and center in his agenda. This is all factual because the federal government plans to invest heavily in this transformation as part of its infrastructure revamp. Luke says that this super fuel stands to benefit from that.

He also clarifies that the new technology is not related to lithium, hydrogen, natural gas, or nuclear technology and adds that it has the potential to change the way we live our lives.

So, what is this super fuel that is not only going to revitalize the energy sector, but also change your financial future?

Luke Burgess is referring to Vanadium.

More precisely, he is talking about the batteries that are made using Vanadium that are commonly known as Vanadium Flow Batteries (VFBs).

Luke Burgess goes all in on VFBs saying that Vanadium is going to become the number one energy resource for large scale electricity storage, beating Lithium and everything else we have ever heard of.

Luke believes that it will power the new solar, wind, and clean energy wave of the 21st century.

He also points out that the world’s wealthiest investors and America’s political leaders are realizing that VFBs have the potential to become one of the most profitable investments of the 21st century.

He says that these batteries are superior to all other batteries on the market and unlike Lithium-based batteries, Vanadium batteries can be recharged infinitely, have almost unlimited storage capacity, and they don’t catch on fire. They can last four times as long as ordinary batteries without replacement.

For all those reasons, Luke Burgess believes that vanadium will become a household name in the energy sector. He expects it to charge to the front of the battery storage boom, which is already gathering traction.

What exactly are Vanadium Flow Batteries?

If you’ve never heard of them, Vanadium Flow Batteries or Vanadium Redox Flow Batteries (which explains why Luke refers to them as “redox flow” batteries) are a kind of rechargeable flow battery that uses Vanadium ions in a wide range of oxidation states to store energy. 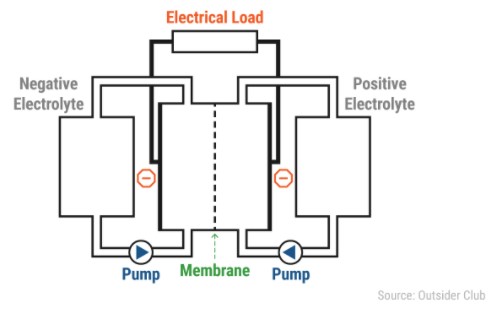 Vanadium is one of the elements that can exist in multiple oxidation states, hence its appeal to battery makers as an electrolyte.

To make a redox flow batteries, all you have to do is store the element, in this case vanadium, in two separate containers in different ionization states. The two electrolytes are separated by a membrane.

These batteries can be charged and recharged more times than Lithium ion batteries because the electrolytes do not deteriorate, making them long lasting (the only thing that you have to replace is the membrane). On top of that, you can discharge them as you recharge them. This makes them ideal for grid storage.

A big problem is that they are bulky but that’s not a big issue when you are just looking for a good battery to store grid power.

Which Company is Luke Burgess Recommending?

Luke Burgess claims to have identified a company that is leading the “super fuel” trend and he calls it the “ultimate play.” He believes that it can make you extremely wealthy.

He says that it is not your typical mining play because it is a powerhouse: It handles all aspects of the vanadium battery market and this includes exploring Vanadium deposits, mining it, and making the flow batteries themselves.

It is based in Canada where it owns the richest, highest-grade vanadium deposits in the world. These deposits have 99.5% purity.

The company can also mine and produce vanadium at the lowest costs in the world.

Luke Burgess thinks that this company is in pole position to lead the revolution no matter what happens to Vanadium prices.

He wants you to consider getting in on it as fast as you can before the mainstream financial media start talking it up. He also thinks that you should try to get in before it announces the product launch of its batteries because in doing so, it will thrust itself into the limelight.

He has put together a dossier with all details about it called The Renewable Energy Storage Breakthrough: How to Make a Fortune on the Vanadium Boom. You can get a copy of the dossier for free when you sign up for a newsletter called Junior Mining Trader.

Who is Luke Burgess?

Luke Burgess is the chief mining investment strategist at Angel Publishing. He is also on the editorial team at Outsider Club.

He is an experienced investment veteran who’s published countless research articles as well as he has appeared in many radio interviews.

Luke is well known in the mining investment world. Over the past two decades, Luke Burgess has been actively trying to find out where the life-changing profit-making opportunities from big metals booms can be found.

He has written about investment opportunities in the gold and silver sectors and his time, his focus is on vanadium.

Before it gains momentum in the market, Luke Burgess wants all ambitious, individual investors to know more about this technology and use the opportunity to generate financial success.

Junior Mining Trader is a financial newsletter that Luke Burgess edits and publishes via the Outsider Club.

He writes about the mining industry focusing on penny stocks that have massive potential. These companies are in silver, copper, rare earth, and hard assets.

When you sign up, you receive a free copy of the special report with all the details about the Vanadium company he just teased.

The report is titled The Renewable Energy Storage Breakthrough: How to Make a Fortune on the Vanadium Boom and inside it, you will get all the details on this vanadium play, including the name, ticker symbol, and full profile. 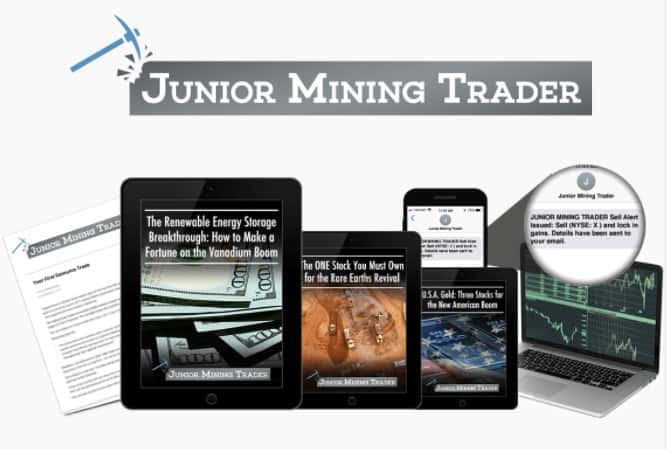 There are other benefits to becoming a subscriber:

What’s more, you will get two additional bonus reports as well:

The ONE Stock You Must Own for the Rare Earths Revival

This report is about the rare earths industry. Luke Burgess expects the demand for rare earth elements to surge because they are used extensively in solar cells, electric vehicles, and other technologies involved in the sustainable energy industry. 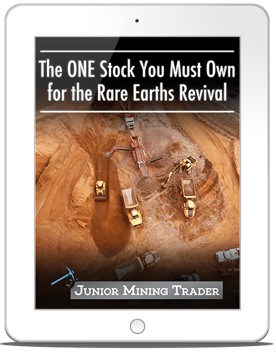 The problem is that the U.S. relies on China for its rare earths because that’s where up to 80% of the material used in the country comes from the Asian giant.

However, there is one company that is seeking to re-ignite the rare-earth mining industry in America and it has already gotten contracts from the DoD and the Department of Energy. Therefore, he thinks it is legit and you should consider backing it. All the details are in the report.

Luke Burges thinks that there is a gold boom in America that has largely gone uncovered by the mainstream media in the country. 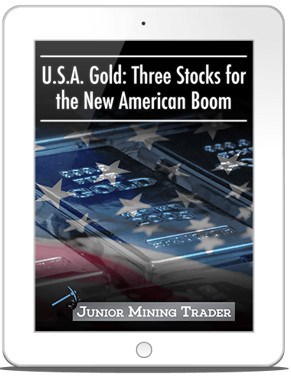 He wants you to consider investing in a tiny company that runs a gold mine in Arizona that is led by competent leaders. Then there are two other tiny gold companies with massive profit potential he wants you to go for and all the details are inside this dossier.

It has a 90-day money-back guarantee.

Energy experts have always known that renewable energy sources like wind and solar had one major Achille’s heel: inconsistency. The solution to that problem is Energy storage, which also has major problems although it is evolving.

Therefore, Luke Burgess is not making any of this up. It is a legit investment opportunity that is worth considering.

Luke Burgess believes that a vanadium battery is more efficient, powerful, and safer than a Lithium-based one. He thinks Vanadium will soon dominate the renewable energy storage boom happening worldwide because it is will help solve the energy storage problem.

Luke has identified a small Canadian firm that currently owns the richest and highest-quality vanadium deposits on the planet. He wants you to consider investing in it.

I think you should do more research into the company whether you think it is a credible investment or you think it is not good enough if you are looking to add battery companies to your portfolio. At this point, it is hard to tell how good of an investment it can become because energy storage is still a fledgling sub-sector. Whatever you do, do not follow Luke’s advice before researching everything.